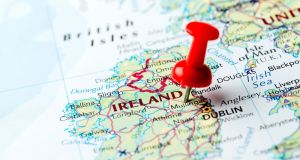 Ireland scores last on the environment index, 11th on the economy and 7th on the social index, resulting in an overall ranking of 10th. Photograph: iStock

The index ranks countries based on their delivery of the UN’s sustainable development goals (SDGs) and comprises of three dimensions; economy, society and environment.

Ireland scores last on the environment index, 11th on the economy and 7th on the social index, resulting in an overall ranking of 10th.

Greece scores last on the overall sustainable progress index, ahead of Portugal, Spain and Italy. Denmark ranks first, followed by Sweden, the Netherlands, Austria and Finland.

Dr Seán Healy, chief executive of Social Justice Ireland said there are certain areas “where we are seriously underperforming”.

“Addressing the complexities of sustainable development requires a joined-up thinking approach,” he said.

“It requires a balance between economic and social progress and sustaining the planet’s environment and resources as well as combating climate change.”

In terms of the economy, the index finds that Ireland’s GDP (gross domestic product) per capita and unemployment is good. Its low scoring (11th out of 15) is influenced by low pay and the proportion of youths not in employment, education or training.

On the social index, Ireland scores highly on goals relating to education, peace and justice and less well on those reflecting poverty, inequality, gender equality, health and well-being.

Poor performance on goals relating to responsible production and consumption, clean energy and climate change are the key factors which brought down its environmental ranking.

Dr Catherine Kavanagh said the UN’s sustainable development goals have given governments clear economic, social and environmental standards “against which established policies should be judged and prospective policies should be measured”.

“Equipped with these goals as tools for guidance and accountability our Government has the opportunity to lead the way towards a new generation of politics shaped by the economic, social and environmental demands of a truly healthy society,” she said.

Social Justice Ireland has put forward a number of national and local level policies aimed at achieving the targets of the UN’s 2030 Agenda for Sustainable Development.

These include introducing a living wage, implementing Sláintecare, increasing the number of community beds, home care packages and support to carers, and introducing legislation to support flexible and remote working.

The proposals also set out to make 20 per cent of all housing social housing, investing in the country’s wastewater system, regulating harvesting and ending over-fishing as well as developing environmentally sustainable farming practices.