‘We didn’t know L’Arche founder had a darker side’ 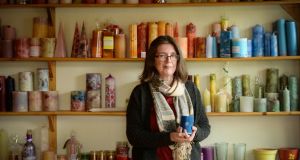 Shock within the Irish branch of L’Arche, the international charity for people with intellectual disabilities, turned to concern on Sunday that a sex abuse scandal surrounding its founder could impact financially on its work.

Mairead Boland-Brabazon, chief executive of L’Arche Ireland, described the actions of the late Jean Vanier as “shocking and saddening” after an internal inquiry reported that he sexually abused six women.

Ms Boland-Brabazon, who oversees the organisation’s four centres in Ireland, said the inquiry’s findings had caused dismay for many involved here. It has four communities across Dublin, Belfast, Cork and Kilkenny, where up to 60 people reside. Day services are provided to more than 100 others.

“People are very shocked and really disappointed,” she said. “It’s completely not what we thought of Jean.

“He believed everyone had a unique value and it was always what we thought he espoused. And until now that’s what we all thought – we didn’t know he had a darker side.”

Money received through statutory funds is not in danger, but we’ll have to see if it affects our fundraising

The organisation’s future in Ireland was not in doubt, she stressed. Its safeguarding processes were reviewed annually and its services have been found to be compliant by the Health Information and Quality Authority (Hiqa). However, she was concerned that the money it receives from fundraising drives will drop off in the wake of the revelations.

“Money received through statutory funds is not in danger, but we’ll have to see if it affects our fundraising,” she continued.

She added there was “still so much goodness” in L’Arche Ireland. “It is and will continue to be a vibrant, essential organisation for people with disabilities. Everything will continue as normal here and we’ll carry on with our work as it was nothing to do with what Jean was doing. Our work will continue and we still have plenty of work to do.”

L’Arche International, which cares for people with intellectual disabilities, will release a report on Tuesday implicating Jean Vanier in the abuse, after it “received credible and consistent testimonies” from the women.

The abuse took place over a period between 1970 and 2005. None of the abused women have intellectual disabilities, L’Arche International stressed.

Ms Boland-Brabazon paid tribute to the “bravery” of the six women who came forward about their abuse by Mr Vanier, who died last May aged 90. “Our international leaders also deserve credit for setting up an inquiry to find out what happened and shine a light on it,” she added.

L’Arche International said “the women each reported that Jean Vanier initiated sexual relations with them, usually in the context of spiritual accompaniment.

“Although they had no prior knowledge of each other’s experiences, these women reported similar facts associated with highly unusual spiritual or mystical explanations used to justify these behaviours.

“The relationships were found to be manipulative and emotionally abusive, and had a significant negative impact on their personal lives and subsequent relationships.

“These actions are indicative of a deep psychological and spiritual hold Jean Vanier had on these women and confirm his own adoption of some of Fr Thomas Philippe’s deviant theories and practices.”

Philippe, a Dominican priest who died in 1993, was Vanier’s mentor and spiritual director.

In 2015 Philippe was found by a Catholic Church investigation to have sexually abused 14 women, many of them associated with the L’Arche community, with some incidents dating back to the 1970s. It is understood that no people with disabilities were abused.

The inquiry into Vanier was undertaken by UK-based GCPS Consulting, which “specialises in helping organisations ensure the safety of children and other vulnerable groups”.

Bishop of Limerick Brendan Leahy said: “Abuse of power has been at the centre of cases of abuse within the Catholic church; we have seen it in other spheres of society and we see it now in this situation.”