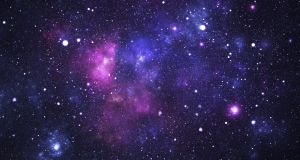 An Irish astrophysicist has come up with an explanation for the formation of galactic monsters called supermassive black holes. It answers several long-term questions including how these gargantuan “holes” managed to form so quickly after the big bang that triggered the universe.

“We wanted to explain how they seemed to grow almost instantly, how they got so big so quickly,” said Dr John Regan, who is based at Dublin City University’s school of mathematical sciences.

Black holes can form when a massive star reaches the end of its life and collapses in on itself. All that mass condenses down into a small ball, but its huge gravity remains and is so strong it can even trap light, hence the term black hole.

They are voracious, feeding on any nearby stars, dust and other matter all the time as they increase in gravitational strength.

You expect to see these, but some manage to become supermassive objects that have a billion times the mass of our sun, Dr Regan said.

Dr Regan began mathematical modelling to solve this with colleagues based in the US and Finland and came up with a possible scenario for how supermassive black holes grow so large. The researchers have now described their findings in the journal Nature Astronomy.

He modelled a situation where two early compact galaxies are locked together, something that would have been commonplace in the early dense universe.

“You have two galaxies that are moving in sync and the primary galaxy starts making stars and that gives off radiation,” Dr Regan said.

That radiation is strong enough to sterilise the second galaxy and stop it from making normal stars, but it remains very hot and begins to grow massive stars that soon collapse.

This forms a black hole that rapidly grows stronger as more stars collapse. After drawing in all its former neighbouring stars, it then begins consuming its galactic partner, growing larger and larger as it does so, said Dr Regan who is also a Marie Sklodowska-Curie fellowship holder.

“They should be incredibly rare, there should only be a few thousand in the universe. But there is one at the heart of every massive galaxy,” Dr Regan said. Our own Milky Way has one.

“We don’t understand how they get there but this offers a solution for at lest some if not all black holes,” he said.