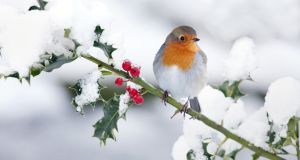 Holly is an important food source for certain mammals in winter as it is evergreen and it produces its fruit through the winter. 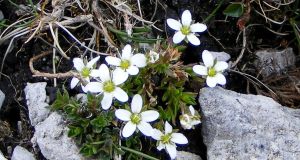 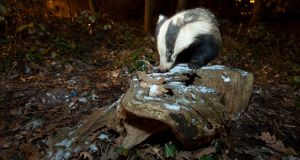 In Ireland, badgers undergo ‘winter lethargy’, which is not true hibernation 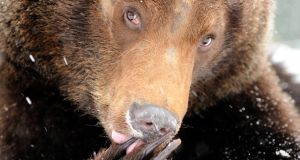 Bears do not hibernate in the sense of reducing their body temperature down to zero; in fact, it falls only a few degrees.

Winter doesn’t bite so hard in Ireland. Except that is, on the Dartry and Derryveagh mountains of the northwest. Conditions are tough and, as in many parts of the world, life struggles in the cold season.

But not all plants and animals struggle through the cold months, and some of them may have important lessons for modern medicine. The most notable of these is the humble fringed sandwort plant. Walk up Ben Bulben on these cold January days and you’ll see it growing on the hills. This hardy plant thrives in the coldest conditions, says Dr Conor Meade, a lecturer in ecology and biogeography at Maynooth University.

“It is a very cautious plant. It grows very slowly and, unlike many plants which lose exposed tissue when under stress, the fringed sandwort thrives. It has an inbuilt ability to cope with freezing temperatures, because it has metabolites [sugars, proteins and vitamins] in its cells that prevent water crystals forming. The plant can be frozen solid and defrosted, and its cells remain intact.”

This plant, along with the Arctic sandwort, may be among the last surviving flora from the last ice age, which receded from Ireland about 15,000 years ago, Meade says, although other plants that can tolerate very cold conditions seem to have drifted on to the island since.

Most trees in temperate climates such as Ireland will shed their leaves in winter because frost damages the cells, so it makes sense for the plant to absorb the valuable nutrients in the leaves to support it. There is another reason, says Prof Yvonne Buckley, chair of zoology at Trinity College Dublin: plants can suffer structural damage to their branches if ice or snow accumulates on the leaves.

How, then, do animals make it through the Irish winter? Some hibernate. Others are kept alive by one of the most important plants: holly. “It is evergreen and it produces its fruit through the winter,” says Buckley. “The seeds are dispersed primarily by birds like thrushes, blackbirds and finches, and it serves as an important food bank for these animals.”

Other animals hibernate. “In Ireland, badgers undergo ‘winter lethargy’, which is not true hibernation; they lower their physical activity, lower body temperature and lower metabolic rate, and they gorge on earthworms in the autumn to put on fat reserves. If they are warm enough they may wake up and go for a snack. That said, in Poland’s Bialowieza National Park, where winter temperatures are far, far colder, the badgers will stay in this winter lethargy. True hibernation is more common in smaller animals, like rodents, who can drop their body temperature right down to zero.”

The bear is the archetypal hibernator in popular culture, but they don’t actually hibernate in the sense of reducing their body temperature down to zero; in fact, it falls only a few degrees.

As miserable as this might sound to human ears, winter is an important part of the natural cycle, and it is coming under increased threat. In a recent article in the journal Science, researchers presented evidence to show that 82 per cent of ecological processes are important in affecting climate change.

“Species distribution and migration patterns are influenced by winter chill, and it is important for triggering fruiting in fruit trees,” says Buckley. “In Ireland we are predicted to have longer growing seasons, fewer frosty days and more summer drought. This could cause problems: how will plants cope with winter waterlogging and summer drought? We are facing into a period of real and unprecedented unpredictability over the next 50 years.”

In the recent film Passengers, the characters played by Chris Pratt and Jennifer Lawrence are put into hibernation for interstellar travel, but they wake 90 years too early (with romantic consequences). But this is sci-fi: back on Earth, curling up for the winter and emerging in springtime is a heady dream for many, but humans aren’t built to hibernate. Evolutionarily, humans haven’t hibernated because we don’t need to.

Still, what we are learning about animal hibernation and winter lethargy has important applications in medicine and can heal the sick and injured.

Dr Derek O’Keeffe, a clinical fellow at NUI Galway, has worked with Nasa and the European Space Agency on ways in which torpor (decreased body temperature and metabolic rate) could be used in missions to Mars, and he is also a biomedical engineer. He’s interested in how animals have managed to enter these states of torpor or hibernation.

“Bears lower their body temperature by one or two degrees and sleep for four to five months. They don’t go to the toilet. That would poison us humans, but bears have a cellular mechanism to deal with it. So there’s more to winter lethargy than just lowering the temperature.”

Medics know that therapeutic hypothermia can be important for healing brain injuries and after heart attacks. When Michael Schumacher had his near-fatal ski accident in 2013, cooling his brain was essential to prevent further damage. This can be done only in the short term, however, otherwise the body can be severely damaged.

“In critical care, medics have used and continue to use a number of techniques which are analogous to mammalian hibernation,” says Ger Curley, professor and head of the department of anesthesiology at the Royal College of Surgeons Ireland. Heart-attack patients can suffer brain injury due to lack of blood of the brain, so cooling reduces inflammation and helps heal, says Curley.

“But the problem of hibernation has never been cracked, because the human body’s thermoregulatory centres react to it and try to bring the temperature up. We don’t fully know how the cardiovascular systems of other mammals tolerate the very low temperatures that would injure our vital organs. We have a lot left to learn.”