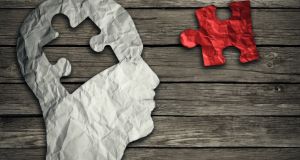 The team ran brain scans on people with ASD and on healthy volunteers, looking for any differences between the two. 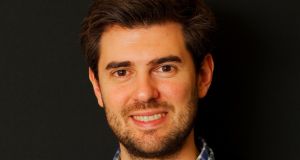 Dr Joshua Henk Balsters, who led the team that identified a region of the brain linked to autism.

A team of scientists has discovered that a particular region of the brain is affected in those with autism spectrum disorder (ASD). They believe that finding the brain region which causes social deficits in those with the condition could point towards new types of therapies.

They ran MRI brain scans on people with ASD, and on healthy volunteers, in an attempt to track down the brain region linked to some of the behaviours seen in those with ASD and find differences between the two groups.

Dr Joshua Henk Balsters, the team leader, is based at ETH Zürich but performed much of the research at Trinity while working as a postdoctoral research fellow. He described how ASD can disturb normal personal exchanges.

The researchers identified changes in a region called the gyrus of the anterior cingulate cortex, a part of the brain that responds when someone else experiences something surprising. They published their findings in the current edition of the journal Brain.

“We think we have isolated a part of the brain that is important for tracking people’s expectations,” Dr Balsters said.

A number of brain regions are activated when something unexpected happens, but this specific part of the brain signals when something surprising happens to other people, he continued.

“We found that individuals with ASD are less accurate at identifying other people’s expectations, but they also lack the typical response in the [brain region] when surprising things happen to other people.

“We are really excited by this, it opens up a whole new avenue of research for us that could contribute to new therapies and pharmaceutical treatments.”

The choice of this part of the brain was very targeted, he said. Previous brain studies had suggested the gyrus of the anterior cingulate cortex had a part to play in ASD but this was the first clinical study to show that this is true.

Prof Michael Fitzgerald, clinical and research consultant with the Autism Society of Ireland, said the research appeared quite promising.

“It does seem important. The big thing in autism is being able to read other people’s minds and social cues. It does make sense what they are saying.”

He said he wondered whether this part of the brain was only one of a number of regions involved in ASD, saying he expected others were also.

The current response to ASD is training at an early age to help the person overcome the deficits by changing the brain.

“It involves altering the brain through social therapy. You are building new circuits and changing the brain in the process,” Prof Fitzgerald added.

Victims’ families call for process on dealing with North’s past to be implemented 00:01
Oireachtas staff ‘concerned’ about lack of masks in workplace 22:10
Increasingly evident Covid restrictions to continue well into February – Martin 22:08
Talks with unions to examine possibility of reopening schools from February 1st 21:10
Eleven people arrested by gardaí at Four Courts protest 20:38