Researchers say sugar-free no better for weight than sugar-full 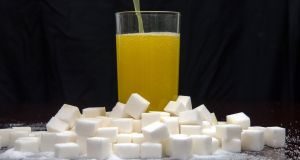 The researchers say full-sugar soft drinks account for a third of UK teens’ sugar intake, and are a major cause of increasing rates of obesity and Type 2 diabetes

Sipping a diet drink as a way to escape the Christmas sugar binge is a waste of time and money, according to a team of researchers.

Going “sugar-free” or switching to “diet” drink alternatives is often believed to carry a health benefit, yet a study published in PLOS Medicine suggests you may be better off sticking with the sugar.

“A common perception, which may be influenced by industry marketing, is that because diet drinks have no sugar they must be healthier and aid weight-loss when used as a substitute for full-sugar versions. However, we found no solid evidence to support this,” said senior investigator Prof Christopher Millett from Imperial College London’s school of public health.

Prof Millett joined with researchers from the University of Sao Paulo and Federal University of Pelotas in Brazil to examine the health benefits of “diet” drinks. They concluded there was no evidence to support the idea that such beverages were better for health or could help prevent obesity or linked diseases such as Type 2 diabetes.

“Far from helping to solve the global obesity crisis, [diet drinks] may be contributing to the problem and should not be promoted as part of a healthy diet,” the authors write in PLOS Medicine.

However, some scientists have taken issue with the commentary. Sugar is a major risk factor for obesity, diabetes and tooth decay, said Prof Susan Jebb, professor of diet and population health at the University of Oxford. There is evidence that sugar-free drinks are better for health than a sugary alternative. “Artificially sweetened drinks are a step in the right direction to cut calories,” Prof Jebb said.

“The conclusion that reduced sugar or sugar-free drinks should not be promoted or seen as part of a healthy diet seems unwarranted and likely to add to public confusion,” said Prof Tom Sanders, professor emeritus of nutrition and dietetics, King’s College London.