‘Annoying’ sounds could be due to a brain abnormality 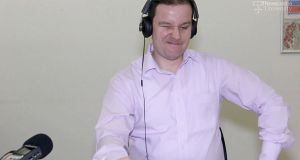 Scans have shown that people who find the sounds of chewing or breathing unbearable have a genuine brain abnormality, according to scientists.

While many people find hearing people eat off-putting or someone clicking a pen annoying, others who suffer from a condition called misophonia report feeling disgust when exposed to certain noises.

When exposed to these “trigger sounds”, people with misophonia say they respond with an intense “fight or flight” reaction.

Now researchers at Newcastle University have reported finding a difference in the frontal lobe in misophonia sufferers.

Medical opinion in the past has been sceptical about misophonia, but the new research seems to confirm its existence.

Writing in the journal Current Biology, the scientists found that there were changes in the brain activity of misophonia sufferers when a trigger sound is experienced.

They also found that people with misophonia experienced an increased heart rate and sweated when they were confronted by a trigger sound.

Researchers found a difference in sufferers’ “emotional control mechanism” that causes their brains to go into overdrive on hearing trigger sounds.

Dr Sukhbinder Kumar, from the Institute of Neuroscience at Newcastle University, said: “For many people with misophonia, this will come as welcome news, as for the first time we have demonstrated a difference in brain structure and function in sufferers.

“This study demonstrates the critical brain changes as further evidence to convince a sceptical medical community that this is a genuine disorder.”

Tim Griffiths, professor of cognitive neurology at Newcastle University and UCL, said: “I hope this will reassure sufferers.

“I was part of the sceptical community myself until we saw patients in the clinic and understood how strikingly similar the features are.”