Senators to go ahead with High Court case over Seanad sittings

Group of 10 warns Varadkar that Government view has ‘startling consequences’ 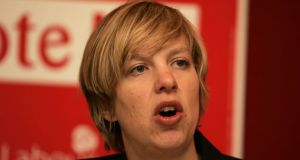 A group of Senators has confirmed it is to go ahead with a High Court application next week seeking a declaration that it is constitutional for the Seanad to sit and pass legislation without 11 appointees nominated by the Taoiseach.

In correspondence with Leo Varadkar they warned the Government’s “stark analysis” that the organs of government are incapable of functioning without the 11 additional Senator would have “startling consequences for the governance of our country”.

The 10 Senators led by Labour Seanad leader Ivana Bacik and Independent Michael McDowell had written to Leo Varadkar seeking a date for the first sitting of the Seanad, since the election more than two months ago.

Mr McDowell confirmed on Thursday night that following correspondence with the Taoiseach they will go to the High Court next week to seek a judgment that it is not unconstitutional for the Seanad to sit, debate and pass legislation without the appointment of an additional 11 Senators.

In their letter to the Taoiseach last week they said they would seek a High Court decision if Mr Varadkar did not set a day for the Upper House to sit, more than two months after the Seanad election.

The Senators do not accept the Government’s interpretation of the Constitution that the Seanad cannot operate until a new government is formed, when a new taoiseach appoints 11 Senators to complete the full complement of 60 members.

Mr Varadkar as outgoing Taoiseach is not empowered to appoint the additional Senators.

In a response on Wednesday night to their letter the Taoiseach said, “I agree that this is an important point of law that needs to be clarified due to the fact that necessary legislation may need to be enacted in the coming weeks”.

But he told the five Labour and five Independent Senators that “the express provisions of Article 18 of the Constitution do not support your view of the powers of the Oireachtas to legislate while an incoming Taoiseach remains to be appointed by the new Dáil”.

Emergency anti-terrorism and anti-criminal gang legislation is renewed annually by both the Dáil and Seanad and provisions including the operation of the non-jury Special Criminal Court will lapse if the measures are not renewed by the Seanad as well as the Dáil by the June 30th deadline.

Ms Bacik said the Senators are “actively preparing” papers to submit to court next week.

Legal advice to the Labour Party is that under Article 8 of the Constitution the Seanad is legally empowered to sit and pass legislation without the full 60-member complement.

In a further response to Mr Varadkar the Senators wrote that this assertion “is based on a textual interpretation that gives rise to a potentially crippling outcome, where the organs of government are incapable of functioning as constitutionally mandated.

“We respectfully disagree with that stark analysis which would have such startling consequences for the governance of our country.”

Limerick people ‘grossly insulted ’ by Micheál Martin appointments, says Willie O’Dea 13:26
Michelle O’Neill will not step aside ‘under any circumstances’ despite calls from other parties after Storey funeral 13:24
State to pay costs of failed action over Seanad composition 13:16
Dara Calleary given Gaeltacht responsibility after controversy over Cabinet snub 13:09
Call for VAT rate in tourism sector to be slashed to 5 per cent 13:04

1 World, look away now – these are dark days for the United States
2 Health officials ‘very concerned’ about foreign travel, says Donnelly
3 Michelle O’Neill will not step aside ‘under any circumstances’ despite calls from other parties after Storey funeral
4 Bobby Storey: The IRA's planner and enforcer who stayed in the shadows
5 ‘Grossly irresponsible’- Waterford mayor condemns house party of 60 people
Real news has value SUBSCRIBE