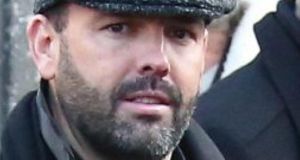 The Department of Foreign Affairs has been in contact with authorities in the United Arab Emirates about organised crime boss Daniel Kinahan’s involvement in the proposed boxing match between Tyson Fury and Anthony Joshua.

Speaking in the Dáil on Thursday, Taoiseach Leo Varadkar told Labour leader Alan Kelly: “I can certainly assure you there has been contact between the Department of Foreign Affairs and the authorities in the United Arab Emirates about that matter.”

Mr Kelly, who did not directly name Daniel Kinahan, the Irish crime boss turned boxing promoter who has relocated to Dubai, had told Mr Varadkar: “Taoiseach, our country has to intervene here.”

“He’s now rebranded himself in the Middle East as a boxing promoter and one of the most famous individuals involved in that has described him as a smart, able and honest man.”

Calling for intervention on this issue, the Tipperary TD said that “we also need to communicate very strongly to certain sports broadcasters and sports companies, other companies involved in this.

Mr Varadkar said: “I don’t want to say too much about it but I have to say I was rather taken aback to see Tyson Fury and his video the other day and just dropping in that name that you mentioned as if this was not somebody who has quite a chequered history in this State and elsewhere.”

Mr Fury in a social media message had expressed his thanks for Mr Kinahan’s role in brokering the highly lucrative heavyweight world title fight, which is expected to take place in Saudi Arabia next year.

Mr Varadkar added: “While I can’t comment on any particular Garda operation I can certainly assure you there has been contact between the Department of Foreign Affairs and the authorities in the United Arab Emirates about that matter.”