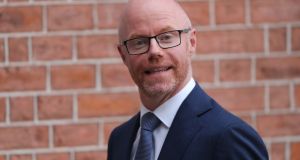 The reproduction rate at which coronavirus is transmitted in Ireland has fallen to between 0.7 and 1.4, Minister for Health Stephen Donnelly has told the Dáil.

However, he also warned that “we are going to have a second surge” of the virus.

Mr Donnelly said he had been told on Friday morning the best estimate is that the ‘R’ number, the number of people each person infected with the virus transmits it to, is at 1.1 and “has come back down in the last 10 days”. Last week it was between 1.2 and 1.8.

An ‘R’ of below 1 means the virus is being controlled and will eventually die out. Over 1 means it is continuing to grow.

In a statement to the Dáil he said the five-day average number of cases was down to 16 per day.

He said the two-week cumulative figure of cases per 100,000 people – one of the key figures public health experts look at – was down to about nine but rose to 22, more than doubling in a short period.

Mr Donnelly told TDs public health experts believed “stabilisation is linked to renewed efforts from the public from around two weeks ago”.

“And we know critically where the vast majority of cases are and these are currently being contacted.”

He said public health officials were saying, based on how the disease is working around the world that “we are going to have a second surge”.

He said that people were listening to the public health advice.

It was critical to follow the steps to keep the virus as low as possible and that was the Government was taking a very cautious approach to opening up society.

Data and evidence will continue to be reviewed in advance of a decision on the appropriate stance regarding phase four which is now due to commence on August 10th, the Minister added.

The Minister also said the HSE and Department of Health were working on an unprecedented winter health plan.

He said this plan would be on a scale “like nothing we’ve ever seen before”.

He was responding to Sinn Féin TD David Cullinane who warned that people would die prematurely without a plan for Covid and non-Covid care.

Mr Cullinane said there was now an economic plan but no health plan and the House was going into recess next week.

“Is it the case that right throughout August we’re not going to see any plan?”

And he warned of the serious drop on hospital bed capacity with one 800-bed hospital to lose 200 beds to reduce the risk of infection.

Mr Donnelly acknowledged that “even if Covid hadn’t arrived we would have a massive challenge” in the health system.

But the issue had become “infinitely more important and pressing now” because of the additional huge loss of capacity.

The Minister said when he was appointed he had met the HSE and department officials and they were developing a winter health plan which would “plug into” Sláintecare.

He also said there was a positivity rate of just 0.27 of all Covid-19 tests, he said, adding that more than 51,000 tests were being carried out on a weekly basis, the equivalent of almost 7,300 a day.

The HSE was contacting more than 90 per cent of the close contacts of those infected with the disease within three days.