Ambassador insists Denmark does not have policy to eradicate Down Syndrome

Carsten Søndergaard contradicts evidence given to committee on the 8th amendment 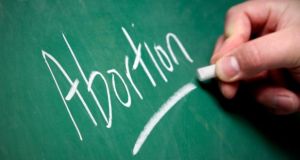 The Danish Ambassador to Ireland is to write to the Oireachtas committee on the Eighth Amendment contradicting evidence given by an anti-abortion witness. Photograph: Getty

The Danish Ambassador to Ireland is to write to the Oireachtas committee on the Eighth Amendment contradicting evidence given by an anti-abortion witness.

Ambassador Carsten Søndergaard has objected to comments made by Liz McDermott, One Day More, at a hearing in recent weeks.

Ms McDermott, who is advocating against changes to abortion laws, had said it was the stated policy of the Denmark Government “ to eradicate Down Syndrome by abortion by 2030”.

In correspondence to Sinn Féin TD Louise O’Reilly, Mr Søndergaard insisted this was not the case and he would be seeking to have the matter clarified at the Oireachtas committee.

The Ambassador clarified Denmark’s position on abortion, which allows terminations up to 12 weeks without reason.

It is possible to have an abortion after the 12th week if there is a danger that the child will have a serious physical or mental disorder, due to hereditary systems or damage or disease in the foetal condition, including Down’s syndrome. However there is a need to obtain permission.

Mr Søndergaard said “ the existence of Down’s syndrome in the child is not sufficient to get the abortion”.

“In general it should be noted that it is not the policy of the Danish health authorities to eradicate Down’s syndrome, but it is their duty to provide the pregnant woman with the best possible basis for her to make her own decision about her pregnancy.”

The Sinn Féin TD had written to the embassy after the comments by Ms McDermott at the Oireachtas committee seeking clarity on the position.

Ms O’Reilly said the allegations “were so serious” the embassy deserved to be notified as a matter of urgency.