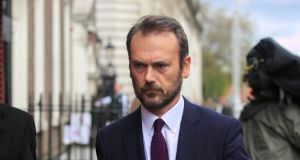 Tens of thousands of people affected by the tracker mortgage controversy are expected to either receive compensation payments, or be definitively told if they are entitled to such payments, by Christmas.

It is expected a number of statements to be released by the banks and by the Government today will provide clarity to those affected by the scandal, which saw banks wrongly refusing customers access to loss-making tracker mortgages in the post-crash period.

The five banks who have met Minister for Finance Paschal Donohoe in recent days – Bank of Ireland, KBC Bank Ireland, Permanent TSB, AIB and Ulster Bank – are due to make their positions clear on Wednesday.

Mr Donohoe is due to make a statement to the Dáil and is also expected to meet Central Bank governor Philip Lane. The Dáil will later debate a Fianna Fáil motion on the issue, which the Government largely agrees with.

A number of sources said on Tuesday night the most likely outcome is the 13,000 customers identified by the Central Bank investigation into the scandal will have received compensation, either in full or in part, by the end of the year.

This includes 7,100 customers whose cases had already been resolved before the Central Bank began its investigation two years ago.

In addition, a further 7,000 customers are awaiting clarity on whether they are entitled to redress and compensation.

KBC and Bank of Ireland

For those awaiting clarity, it is expected the banks will given them a definitive answer on whether they are entitled to compensation by the end of the year. This has applied, in particular, to customers of KBC and Bank of Ireland, it is understood. It is believed, however, that some banks have raised concerns about the timeframe and claim it may take them longer than the end of the year to complete their tasks.

But it is stressed that those who may overshoot the Christmas deadline will still commit to resolving the outstanding cases in a tight timeframe.

Speaking in the Dáil yesterday, Mr Donohoe said he was still “not satisfied” with the progress the lenders – who he said had treated borrowers “disgracefully” – had made.

“Many borrowers have incurred considerable losses and in some cases even more significant harm. We should be clear that it was the mortgage lenders that caused this harm to their customers and that the primary responsibility for rectifying the problem rests with them.”

Speaking in Paris, Taoiseach Leo Varadkar said there is a divergence in attitude among some banks.

“Different banks are taking a very different approach to this. While you could impose global sanctions on all banks, where we are at the moment now is seeing which banks are admitting that wrong was done, admitting that people were wronged.

“Twenty thousand people and their families . . . were forced to pay more on their mortgage than they should have paid. Some people lost their homes. Some people endured enormous stress. I want them to know that the Government is very much on their side. This has gone on too long, and we are going to make sure it’s sorted out.”

Fianna Fáil’s finance spokesman, Michael McGrath, said the Garda should now become involved in the investigation into the tracker mortgage scandal, with criminal sanctions being explored if necessary.

“I believe the Garda should be directly involved in the investigation and should be examining the evidence on an ongoing basis,” he said. “There are already extensive powers available to the Central Bank including criminal investigation. If people are deceived of their own money that is already a criminal offence.”