When ‘Jack the Ripper’ gave himself up in Wexford 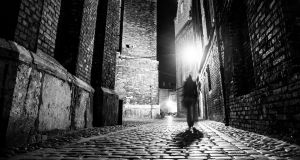 It was early in the morning when Jack the Ripper gave himself up in Wexford. At least, that’s who he told the police he was.

The man, about 25-years-of-age according to a report in The Irish Times on March 28th, 1889, had “the appearance of one who is in the habit of working in a steamer or foundry,” and readily confessed to murdering a woman he named as Mary Anne Cooper in London two years previously.

Prison records at the time indicate the anonymous man in question was Arthur Williams, a 33-year-old clerk of no fixed abode and originally from Portsmouth in England.

On his arrest on March 26th, Williams was remanded for eight days. His claims evidently did not hold water, and he was released on the 29th. The report noted: “The police think that he is misrepresenting the facts.”

The case of Arthur Williams occurred in the months following one of the darkest periods in Britain’s criminal history; the Whitechapel murders.

For a period at the end of 1888, London’s East End was terrorised by an unknown, and still unidentified, serial killer with the moniker ‘Jack the Ripper’. An unprecedented media frenzy followed.

‘Jack the Ripper’ preyed on women, typically prostitutes. Estimates on the total number of victims vary, but it is widely accepted that five women were brutally murdered by ‘Jack the Ripper’ between August 31st and November 9th, 1888.

The murders of these women, known as the ‘canonical five’, were covered extensively in The Irish Times and all newspapers.

The murders were shocking in their nature, characterised by deep lacerations to the neck and, in most cases, disembowelment and mutilation. The grisly details themselves created fuel for the media; a fact not lost on the authorities.

At the inquest of the second victim, Annie Chapman, the doctor who examined the woman’s body was reluctant to go into too much detail, “in the interest of justice”. This murder had been particularly gruesome, as the ‘Ripper’ had apparently taken the woman’s uterus.

The Coroner insisted the details were necessary to hear, according to a report in The Irish Times on September 22nd, 1888.

“We have to decide the cause of death and have a right to hear the particulars. Whether that evidence is made public rests with the press. I may say that I have never heard of any evidence being kept back before,” he said.

A back and forth ensued, after which it was decided the evidence would be heard, but only after the court was “cleared of ladies and boys.”

The details, it turned out, would be an essential component in profiling the killer. The press, in this instance, did decide to make the details public. The evidence concerned the removal of organs.

“It was evident,” the witness said, “that those absent portions, together with the incision in the large intestine, were the result of the same excising power.

Thus, I consider the weapon was from five to six inches long and the appearance of the cuts confirm me in the opinion that the instrument, like the one which divided the structures of the neck, must have been of a very sharp character.”

The Coroner asked: “How long did it take to inflict all these injuries?”

The doctor replied: “I could not have performed the removal under a quarter of an hour.”

The doctor went on to say that if he had to do it as a surgeon, it would take an hour to do correctly. Interestingly, he also advised against the usefulness of taking a photograph of the woman’s retina, “to see what was the last object retained on them.”

The evidence, although gruesome, provided a key aspect generally attached to the ‘Jack the Ripper’ persona; anatomical knowledge and some surgical proficiency.

Investigators also pieced together a rough physical appearance of the man they thought they sought. It pops up a number of times throughout the media reports, but is exampled in The Irish Times’ coverage of Mary Ann Nichols’s inquest, where a suspicious person of interest is described: “The strange man is described as about thirty years of age, of respectable appearance, and wearing a dark moustache.”

Naturally, the lack of a solid suspect or specific description led to many arrests, reports of which became a common instalment in The Irish Times in those months.

There was the “suspicious lunatic” suspected in a New York asylum, and the reported capture of ‘Jack’ among a gang of robbers in Paris in January 1889. Both reports seem to have been dead ends.

Another report of a man, arrested while “dressed in women’s clothes”, nods to one theory which later grew legs, that the ‘Ripper’ disguised himself as a woman to walk the streets undetected.

With the public on edge, cases of mistaken identity were common. On November 14th, 1888, five days after the last murder, The Irish Times reported that a plain-clothes policeman had to be saved from a pursuing mob who had decided he was the killer.

Arthur Williams was not the only suspect reported in Ireland, as documented in another report less than a month after the final murder, on December 1st, 1888, which ran beneath the headline: “Exciting chase in Belfast”.

It was just past noon on November 28th that year when crowds gathered along Belfast’s Royal Avenue and shouted ‘Jack the Ripper’ at a man who was fleeing along the street, pursued by the police. As the crowd began to follow, “the excitement became intense”.

The suspect turned off the avenue and did his best to evade the growing mob, now containing the public. “It was feared that the supposed ‘Jack’ would bolt down Birch Street and escape perchance through some familiar and mysterious haunt,” reads the report.

“These fears were but too well-founded though the fact that the visitor being called ‘Jack the Ripper’ did not depose the inhabitants to harbour him.”

The man ran through the first available door when he turned onto Carrick Hill. “Here it seems he frightened some children, and when the police arrived every facility was given them to enter.” Constables named Bitten and McGuirk found him in a cellar and arrested him.

The calls and jeers followed the policemen and their prisoner to the station, where the mob were forced to wait outside, and vented “their feelings in frequent outbursts of cheering”.

The man, it was found, was wearing two hats. He carried two walking sticks. He identified himself as James Wilson. Asked for his occupation, he replied: “I am a comedian.”

“He stated that he had been on a tour through some of the provincial towns and had called at Lisburn and several places in County Antrim, ” reads the report.

“The charge entered against him was that of ‘indecent behaviour’ but there can be no doubt that he was arrested more for his own safety than for any breach of the peace which he had committed.”