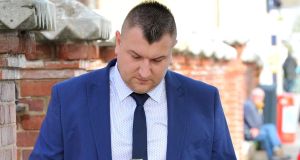 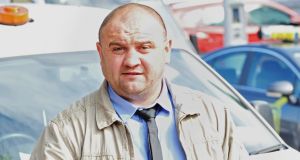 A truck driver has told a murder trial he was sitting in his lorry at a filling station in north Cork when saw two men beating two other men on the ground with metal bars.

Liam Byrnes told the jury of eight men and four women at the Central Criminal Court sitting in Cork on Friday how he was bringing a consignment butter from Co Monaghan to Ringaskiddy in Co Cork when he pulled in for a rest break at the Amber Filling Station in Fermoy on February 21st, 2017.

He was sitting in his truck watching TV when he heard shouting.

“I looked up to see what was happening. I just saw two men on the ground and two men standing over them with what looked like bars, hitting them - one fellow was a taller fellow and the other was a small, round, butty fellow,” he said.

He said it was dark in the parking area at the back of the filling station and he could not see the faces of the two men with the bars. He said he saw them leave and get back into the cabs of two Macroom Haulage trucks.

Mr Byrnes was giving evidence on the fifth day of the trial of Polish nationals, Tomasz Wasowicz (45) and Marcin Skrzpezyk (31), who both deny the murder of Hungarian father of two Ludowit Pasztor (40) at the Amber Filling Station at Carrignagroghera, Fermoy on February 21st, 2017.

He told the court he heard “a clanging of an iron bar hopping off the ground” and he saw one of the men get up off the ground. He was stumbling as if he was dazed. He said he saw him get on his phone as the two other men got back into their trucks.

He said he rang his employer, who said he should ring Fermoy Garda station which he did. He later saw an ambulance arrive at the scene and very quickly the area filled up with Garda patrol cars.

Cross-examined by Mr Wasowicz’s counsel, Tim O’Leary SC, Mr Byrnes agreed the cab of his truck was some 34 metres from the cab of the Macroom truck and that the incident happened a further distance away, beside the trailer.

Mr Byrnes was then cross-examined by defence counsel for Mr Skrzpezyk, Tom Creed SC who said the jury would hear evidence from a pathologist that Mr Pasztor died from a single blow to the head which knocked him to the ground, so he could not have seen Mr Pasztor being hit on the ground.

“ I just saw people on the ground being beaten. I can’t say how many blows … it just happened so quick,” said Mr Byrnes, adding he did not see anyone strike Mr Wasowicz, whom the jury heard sustained a broken wrist.