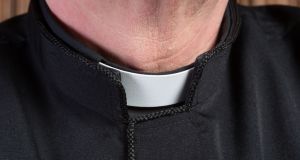 John Magner, a native of Castletownroche in North Cork, entered the seminary at St Patrick’s College in Carlow in 1964.

A 70 year old widower will on Sunday fulfill a religious vocation dating back over 50 years when he becomes the newest priest to be ordained in the Diocese of Cloyne in Co Cork.

John Magner, a native of Castletownroche in North Cork, entered the seminary at St Patrick’s College in Carlow in 1964 and completed four years of study before he decided to leave the seminary.

Some years after leaving St Patrick’s College, John met and married Maria O’Mahony and the couple settled in Whitechurch near Blarney where they reared two daughters, Gemma and Emily.

Employed as a credit controller, John worked with Sunbeam Ltd in Blackpool in Cork for 15 years before going on to hold a similar position with Blackpool Credit Union for some 11 years.

John’s wife, Maria died in 2005 and some seven years later, he applied to the Diocese of Cloyne to resume his studies for the priesthood and his application was accepted.

John undertook philosophy and theology studies in St Patrick’s College, Maynooth, and was ordained a deacon in 2016 before finishing his Baccalaureate in Divinity in 2017.

On Sunday, John will be ordained a priest by Bishop William Crean of Cloyne at St Colman’s Cathedral in Cobh at a ceremony attended by his two daughters and family and friends.

He will celebrate his celebrate his First Mass of Thanksgiving on Monday, June 26th, at St Patrick’s Church in Whitechurch before being assigned to Kanturk where he will serve as curate.