A ‘religious hallucination’ and the shocking murder of a young boy

In 1888, police arriving to a Co Kerry house found the bloodied body of 13-year-old Patrick Doyle lying among debris in the yard 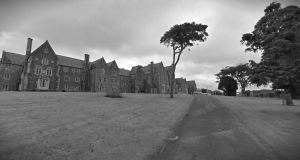 When the police arrived to the Doyles’ house in Beaufort, Co Kerry, they found the bloodied body of 13-year-old Patrick lying among furniture, clothes and bedding strewn across the yard.

Officers had first heard a rumour that a person had been shot at the home about 12 km outside Killarney. Arriving on a Sunday afternoon, they found a different scene, one with “the most peculiar and shocking features”, according to a news report in The Irish Times on Tuesday, January 31st, 1888.

“A ghastly sight met their gaze when they entered the yard leading to the house, for stretched in a pool of blood was the murdered and partially nude corpse of Patrick Doyle,” reads the report.

The house was in “perfect pandemonium”. Approaching the front door, police encountered the adults in the family - three daughters, a son, and parents Johanna and Michael Doyle - partially nude, armed with scythes, reaping hooks and pikes, acting in a “demoniacal manner” and “threatening all who approached the house”.

There was nothing save a shirt on the unfortunate creature, while the face and neck were disfigured as if dogs or pigs had been tearing them

The paper says there were three other infants in the family, aged 7-12 - though in other reports, just two are mentioned. In 1888, the language surrounding disability was blunt; Patrick and the young siblings are described as “idiots” - a nonspecific term for a range of developmental disabilities. In other reports, Patrick is described at various points as deaf and epileptic. His age differs in other publications, ranging from 11 to 13.

When the police reached the door, the family settled down, at first: “Whether it was the presence of the police or not that quieted them it cannot be said, but at all events, with the exception of Michael Doyle, who was the owner of the house and father of the family, they all threw down their weapons, or at least dropped them for the moment.”

The peace didn’t last long and “as soon as the police entered, a terrible scene ensued while the sergeant and the others were putting them under arrest, for the Doyles violently resisted and struggled with the constabulary.”

The struggle with the family lasted a “considerable time” and came under control only after the officers armed themselves with spades. The Doyles were “brought out of the house by force, and handcuffed after considerable difficulty, various attempts being made to kick and bite the constabulary.”

Meanwhile, young Patrick’s body remained outside, its appearance “the most appalling circumstance” of the situation. “There was nothing save a shirt on the unfortunate creature, while the face and neck were disfigured as if dogs or pigs had been tearing them.” A report from the Kerry Sentinel on the same day goes further than simile and says a sow had actually been feeding on the body.

What exactly happened was difficult to unwind. Clues as to what sparked the episode were scarce. “They saw the body lifeless, and they saw the uproar created, and beyond this they have not succeeded in discovering the least information,” says the report.

An early rumour, according to the Sentinel, theorised that the family had eaten a sheep that died of rabies. A later report in the Kerry Evening Post said Michael snr was sitting in the corner of the room during the fighting at the house and appeared frightened at what was happening.

Early on Saturday, the police learned, the family went to bed as usual. Neighbours reported nothing out of the ordinary; it was assumed things took a turn during the night. By the middle of Sunday, the family had become “raving mad” - elsewhere, the unnamed reporter describes the behaviour of the adult Doyles as that of “raving lunatics”, who suffered a “fit of insanity”.

On Sunday, a nephew of Michael snr visited the house, where he claimed he was held hostage for a time before he managed to escape. The same afternoon, a neighbour named John Galvin reported the commotion at the house to the parish priest, who told him to alert the police.

In custody, the Doyles prayed, wringing their hands and throwing themselves to their knees. The violence, particularly among the daughters, continued: “In the police barrack the greatest difficulty was experienced in preventing the girls attacking their father, while he and the mother were not so violent as in the early part of the day.”

Curiosity mounted and crowds gathered at the house, which remained under the watch of the police. There was little doubt that the boy had been murdered, and it was established then that “the madness of the family was of a religious character.”

An inquest was held at Killarney District Lunatic Asylum, where it emerged Johanna, Patrick’s mother, had killed the boy.

“His mother, Mary Doyle, had some hallucination that so long at the boy lived the family would be subject to evil influences,” says the inquest report. “She confessed to having on this account killed her son with three strokes of a hatchet. She imagined she had been to heaven, and seen several of its accepted citizens.”

Five of the six adults in the family were sent to the asylum; Michael snr, deemed a man of “low intelligence”, but not insane, was not committed.

The following April, the board of governors of the asylum held a monthly meeting, at which Michael Doyle requested that some of the members of his family to be released. Besides the eldest, Julia, they “appeared to him to be as well as they ever were,” according to a story in the Kerry Weekly Reporter on the 21st of that month.

Months later, on the morning of July 11th, all five of the Doyles were discharged from the asylum and declared cured of the collective “mania” they had experienced. Immediately, Johanna and her eldest son Michael jnr were arrested.

In court on the same day, Dr Oscar Woods - from the asylum - read Johanna’s confession from his notes, though not without respectfully protesting at first, in an attempt to preserve patient confidentiality, according to a report in the Sentinel.

The court heard that on the day of her admission, Johanna told Dr Woods: “On Saturday night at cock-crow I took that fairy, Patsey, he was not my son he was a devil, a bad fairy - I could have no luck when he was in the house. I carried him out of the house and threw him into the yard and then got a hatchet and struck him three blows on the head. Michael helped me to carry him out. I then came back and we all prayed and went to heaven.”

The only evidence tying Michael jnr to the crime was his mother’s statement. The evidence was deemed insufficient and he was freed.

Johanna pleaded not guilty to the murder of her son, as based on Dr Woods’s evidence, she was not sane on the night of January 28th.

The jury found her guilty, though insane at the time of the murder. She was spared the standard death sentence and instead imprisoned for an undetermined time, “at her Majesty’s pleasure”.

This story is part of the Lost Leads series - a revisiting of lesser-known stories that have made the pages of The Irish Times since 1859. What can you find? Let us know on Twitter: @irishtimes or @deanruxton. For more information on subscribing to the archive, see here: www.irishtimes.com/archive