Married woman got €30,000 in one-parent payments 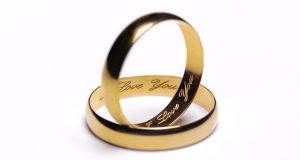 Michelle Burke got married and failed to notify the department while claiming the one-parent family payment between November 2010 and August 2012.

A Dublin woman unlawfully obtained almost €30,000 in one-parent family payments after failing to tell the social welfare authorities that she had got married, a court has heard.

Michelle Burke (38), from Cappagh Road, Finglas, Dublin 11, is being prosecuted by the Department of Social Protection.

Her barrister said a guilty plea could be indicated, but his client was seeking more time to make repayments.

Prosecution solicitor Joseph Maguire said the total fraud was €29,773 and about €2,200 had been repaid. Ms Burke got married and failed to notify the department while claiming the one-parent family payment between November 2010 and August 2012. She is repaying €22 per week and at that rate it will take more than 20 years.

The charges are under the Social Welfare Consolidation Act.

In the district court the offence can result in a fine of up to €2,500 and a possible six-month sentence, in addition to having to repay the social welfare authorities.

The court can consider leaving defendants accused of benefit fraud without a criminal record only if all the money has been repaid.

The social welfare authorities also have a mechanism to continue to recoup money even after a case has been finalised.

Ms Burke was ordered to appear again in December. Judge Brennan said it was obviously in her interest to pay as much back as possible before the case is finalised.