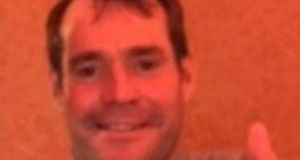 Warm tributes have been paid to a Cork schoolteacher whose body was recovered from the sea off west Kerry on Thursday afternoon, some six days after he was last seen alive.

John Cunningham (52), who was from the Lough on Cork’s southside but had been living in Dún Chaoin on the Dingle Peninsula for the past year, had been last seen alive on Saturday, June 20th.

He was reported missing by a neighbour on Monday, June 22nd and gardaí from Dingle began a search operation for Mr Cunningham, who had taken a career break from his job as a secondary school teacher in Cork to move to Kerry.

The Irish Coast Guard had assisted with the search, which was co-ordinated by the Marine Rescue Co-ordination Centre on Valentia Island and involved searches by the Dingle Coast Guard Unit of the shoreline around Slea Head.

It was feared Mr Cunningham may have been swept into the sea sometime on Saturday afternoon after he went to check on lobster pots near Coumeenole in advance of forecasts of storms hitting the southwest coast.

Gardaí found Mr Cunningham’s jeep parked at his house near Coumeenole and when they checked with mobile phone providers on his mobile phone activity, they found his phone switched off shortly after 12 noon on Saturday.

Up to 50 local volunteers from the Dingle Peninsula, as well as friends from Cork who travelled to west Kerry, assisted with the search for Mr Cunningham who was a former member of the Dingle Hill Walking Club.

Members of the Mallow Search and Rescue Unit also travelled to the area to assist in the search and divers attached to the unit recovered Mr Cunningham’s body from deep water in an inlet near Dún Mór Head on Thursday afternoon.

The divers handed Mr Cunningham’s body over to gardaí and his remains were removed to Kerry University Hospital where it is expected a postmortem will take place on Friday which gardaí hope will establish the cause of his death.

Meanwhile in Cork, tributes have been paid to the popular school teacher who played hurling and football with the Gleann Na Laoi GAA club, based in Kerry Pike, just northwest of Cork city.

“Very sorry to hear this tragic news about John who was a great servant to our club . . . rest in peace,” said Gleann na Laoi in a tribute posted by the club on its Facebook page after news broke that Mr Cunningham’s body had been found.

Another tribute was paid by Noel O’Leary who said people would miss Mr Cunningham’s charm while recalling that he had painted the Grotto at Slea Head on Friday June 19th, less than 24 hours before he went missing.