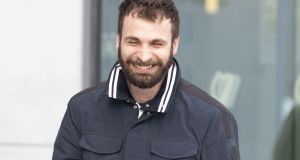 An Irish-based international crime gang lured people from as far away as Colombia and South Korea into buying non-existent vehicles and luxury items online, with the money for the bogus sales going into bank accounts in the State

The Garda investigation has established the fraudsters then recruited people with no convictions to carry the money out of Ireland on flights to Romania.

In one case a male victim based in another jurisdiction was buying a piece of jewellery valued at about €50,000 after seeing it advertised on a website. The money was paid into an Irish account but the bank was suspicious of some of the transactions linked to the account and contacted gardaí.

Detectives then made contact with the buyer and informed him that the transaction he was engaged in was a suspected fraud and that the piece of jewellery he was buying likely did not exist. The man insisted the transaction should go ahead, despite gardaí warning him.

However, the Garda froze the transaction so the money the man had paid was not available to the fraudsters. The cash was later returned to him when further inquiries proved beyond doubt that the bank account was being used to receive money from unsuspecting victims buying phantom goods.

The Irish Times has also learned the same Romanian gang based in Ireland created two websites purporting to be the online presence of legitimate Irish companies selling agricultural vehicles and machinery who did not have websites.

The gang then offered phantom tractors and other vehicles for sale online, with some unsuspecting buyers each paying €20,000 to purchase machines. The money went to bank accounts set up by the gang using false IDs and other forged documents.

The money was often withdrawn as soon as it arrived into the accounts, so it was gone by the time the buyers realised they had been defrauded. The gang typically offered non-existent vehicles and other items for sale in one country, with the money always going into a bank account in another country. This ensured the gang had time to withdraw the money before the victims realised they had been defrauded, reported it to the police in their home country and that police force established contact with law enforcement in other countries.

A team of investigators in the Garda National Economic Crime Bureau, under Det Supt Michael Cryan, in 2018 established that the gang had arrived in Ireland about a year earlier and was targeting victims in the State and across Europe.

Of the 126 people involved in the scam in Ireland, split into five groups or cells, 70 people opened bank accounts using 189 fake IDs and forged documents. Some €4.7 million was received into these bank accounts.

Some of the same gang members operating in Ireland were running the same scams in other EU countries, with more than €21 million lodged into other European bank accounts.

A total of 14 people have been arrested in the State to date in relation to the fraud, all from Romania, and gardaí were now working with the authorities in Romania with a view to seizing assets owned by the gang members. There are also significant investigations ongoing into the gang in other European countries.

He also pleaded guilty to using a false Romanian national identity card and a false Romanian driving licence to create bank accounts. The offences occurred between March 2017 and March 2019 and were committed as part of the Romanian gang’s activities in Ireland.