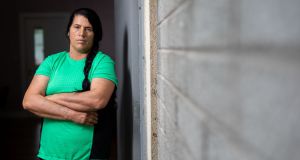 James O’Reilly’s eldest daughter Helen O’Donoghue: She, her sisters and aunt believe they were ‘let down’ by a number of agencies as they were Travellers. Photograph: Alan Place

Child protection services were involved with a Traveller family “over a long period” from the mid-1980s, while the father was raping, beating and starving a younger sister and seven of his daughters, Tusla has confirmed.

James O’Reilly of Killeens, Ballynonty, Thurles, was sentenced last week to 20 years’ imprisonment, having been convicted last December after a five-week trial on 58 counts of rape and nine counts of sexual assault.

His victims, now all adults, are seeking a public inquiry into why statutory agencies did not intervene to save them from the abuse, and whether their being Traveller children contributed to the alleged failings.

In a statement to The Irish Times, Tusla said the agency was “currently retrieving records of the involvement of child protection services with the family” going back decades.

“We can confirm there is evidence of such over a long period starting in the mid-1980s in the then South Eastern Health Board [SEHB] area. We will be examining that information very carefully.

“Those files include those that would have transferred to Tusla from its predecessor organisations, in this case the SEHB and the HSE,” it declared.

The eldest daughter, Helen O’Donoghue, has detailed to The Irish Times her father sexual abusing her from the age of four, rape from the age of eight and witnessing another sister being abused.

She describes relentless beatings, emotional abuse and starvation, as well as being deprived of an education. She was unaware at the time that he was sexually abusing five of her other sisters too.

She names schools, social workers, the SEHB and a number of religious who, she says, saw the neglect and failed to intervene. And she questions why no public health nurse appeared to engage with the family despite all her siblings having been born in hospitals.

A named social worker visited the family “maybe once a month” from the early 1990s, she said.

“She’d just sit at the fire with him having tea. I would have been 18 or 19...She wasn’t there on our side. I think she was ticking a box, to say she had checked on us. I am angry about that.”

She, her sisters and aunt believe they were “let down” by a number of agencies as they were Travellers.

“If we had been from a settled family, people would have noticed the neglect more. They would have cared more.”

A spokeswoman for Tusla said the agency could not comment further on the case other than to “re-emphasise our sense of empathy for each of the victims in this distressing case of extensive abuse and the impact that this very traumatic experience has had on their lives”.

“In the context of modern day approaches to service provision we are certainly conscious of the need for appropriate sensitivity to people who experience disadvantage or vulnerability including Traveller, Roma, people seeking International Protection, people with a disability and many others.

“Disadvantage by its nature will always present challenges in this regard and so the need to avoid complacency. Child protection is a complex area of work and, despite many modernisations, it remains a challenge in many jurisdictions. However, it must continue to be protective of children regardless of their social context or cultural background.”