Spain to deploy 40,000 police to protect tourists from terrorism 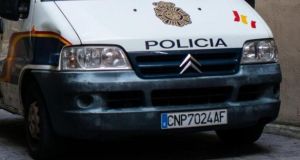 Up to 40,000 additional police officers are set to be deployed across Spanish tourist hubs as part of a government security plan to protect holiday makers from any potential terrorist activity.

Spain’s ministry of interior has announced plans to significantly increase security at ports, hotels, beaches and campsites across Andalusia, Asturias, the Canary Islands, Cantabria, Galicia, Madrid, Murcia, Valencia and the Balearic Islands (including Mallorca, Menorca and Ibiza) as part of its ‘Operación Verano’ (summer operation).

The additional security measures will remain in place from July 1st until August 31st and will be extended to September 30th on the Balearic Islands.

Spain currently has a level 4 terrorism alert in place meaning the risk of a terror attack is considered ‘high’ by the Spanish authorities. The scale runs from 1-5 with the fifth level implemented in cases of ‘very high risk’ of a terrorist attack. Spain’s level 4 alert has been in place since 2015.

In a statement released last week, the Spanish ministry of interior said holiday resorts were considered “the most vulnerable” points of potential attacks and for that reason would receive additional support during the busy summer months.

“The large crowds in these holiday resorts, taking into account the 83 million foreigners who visited Spain last year, will also be one of the primary focuses of the operation, along with the implementation of preventative measures targeting possible terrorist actions to reinforce the Level 4 antiterrorism alert,” the statement said.

These additional safety measures will include police reinforcements and an increased presence of the national police and the Guardian Civil, said the ministry.

Reporting on the government’s additional security plans for the summer months, Spanish newspaper La Razon noted that up to 40,000 members of the national police and Guardia civil would be deployed to nine tourist zones across the country.

According to the Department of Foreign Affairs (DFA) travel advice website, holiday makers can take “normal precautions” when in Spain but cautions that there is a “general threat from terrorism in Europe” and that this threat is considered to be high in Spain.

“While there is a risk of indiscriminate attacks, targets could include areas frequented by tourists,” writes the DFA website.

“Irish citizens should increase their security awareness and exercise heightened caution in popular tourist locations and crowded places, as terrorists are likely to attempt further attacks. In case of any security incident, you should follow the instructions and advice of the local police and your tour operator.”

Similar security precautions are also in place in countries across Europe including Britain, France, Germany and Belgium.

The British terrorism threat remains “severe” which is the second higher alert level and means an attack could be highly likely. “There is still a global risk of indiscriminate terrorist attacks, which could be against civilian targets, including places frequented by tourists and expatriates,” says the DFA website.

“Additional security measures are in place at airports, throughout transportation networks and at high profiles venues in Great Britain. Travellers may experience delays.”