Irish man dies while on holiday in Portugal

Tom Griffin was kitesurfing when he suddenly became ill, according to local reports 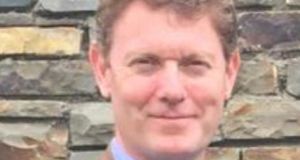 Father-of-three Tom Griffin who died while on holiday in Portugal. Photograph: RIP.ie

An Irish man has died while on holiday near Lisbon in Portugal.

According to reports, Tom Griffin was kitesurfing on the Fonte de Telha beach in the Almada municipality just south of Lisbon on Wednesday, June 12th when he became ill and fainted.

Mr Griffin was assisted by lifeguards on the beach and nearby Navy personnel while medical staff tried to resuscitate him, according to Lisbon newspaper Correio da Manha.

Attempts to revive Mr Griffin were unsuccessful and he was declared dead at the beach, reported the newspaper.

A spokeswoman for the Department of Foreign Affairs confirmed they were aware of the death of an Irishman and were providing consular assistance to the family.

Originally from Muckross in Killarney, Co Kerry, Mr Griffin had been living in Maynooth with his wife and three children. He worked at the nearby Intel Ireland campus in Leixlip.