£30,000 of grants were erroneously paid to three Sinn Féin offices in the North 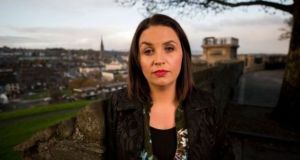 Elisha McCallion said she fully accepts ‘that as a named signature on the account that I should have taken extra steps to verify this situation, before it was brought to my attention on Tuesday’. File photograph: Liam McBurney/PA Wire

A Sinn Féin senator and two party officials have resigned from their positions for failing to immediately return £30,000 (€33,204) worth of Covid-19 support grants which were erroneously paid to three Sinn Féin offices in the North.

Senator Elisha McCallion apologised “unreservedly” for her “poor judgement”, and said for that reason she was resigning as a member of Seanad Éireann “with immediate effect.”

The Sinn Féin president, Mary Lou McDonald, also issued an apology, saying that as party leader she wished to “acknowledge and apologise for these failures.”

The money “should have been returned immediately,” she said. “The fact that this did not happen is unacceptable.”

Ms McDonald said on Thursday those responsible had been “censured” at a meeting of the party’s Ard Comhairle. Ms McCallion and two others - the Cathaoirleach of the Upper Bann constituency office and an official in West Tyrone - resigned.

Under the March 2020 scheme, grants of £10,000 (€11,068) were paid automatically to those already in receipt of small business rates relief to support firms affected by the coronavirus pandemic. However, constituency offices belonging to MPs and MLAs were ineligible.

Questions have been raised over why it took Sinn Fein months to repay the money, which it appears was only paid back after it was raised by BBC Radio Ulster’s Stephen Nolan Show.

Ms McDonald said each of the £10,000 (€11,068) grants had been “returned in full, with repayments made on Monday and Tuesday of this week”. It is understood the party was contacted by the BBC about the payments on Monday.

Senator Emer Currie, Fine Gael Northern Ireland spokeswoman, asked why it had taken so long for Sinn Féin to return the money. “It seems they only did so after the BBC unveiled what was going on,” she said.

The Sinn Fein vice-president and the North’s Deputy First Minister, Michelle O’Neill, said she was made aware of the situation on Monday evening, and the party had “moved immediately to establish the facts and take action.”

What happened was “wrong” and “totally unacceptable”, she said, adding that the “party leadership has correctly moved to take decisive action.”

In a separate statement on Thursday, Ms McCallion - who is also a former MP - said the money had been lodged “into a joint account of which I am a named signature with my husband.

“I did not apply for nor solicit this money, nor did I receive any correspondence from the department in relation to it.

“I fully accept that as a named signature on the account that I should have taken extra steps to verify this situation, before it was brought to my attention on Tuesday”, she said, adding that the money “was repaid in full the same day.”

Elected representatives from other political parties have said Sinn Féin still has questions to answer around the timing of the repayments, and there have been calls for the Minister for Finance, Sinn Féin’s Conor Murphy, to explain when he knew his party colleagues had received the money.

Meanwhile the DUP is also investigating whether a landlord it rents a constituency office from received the Covid relief payment.

The North’s First Minister, the DUP leader Arlene Foster, said no DUP member had received a grant and the party had made sure none of its party offices received it.

“If a landlord received money that it shouldn’t have, then it should be returned, and if it hasn’t, the Department of Finance should pursue that money,” she said.

The money, Ms Foster said, “has to be paid back because it is public money

“It was put in place to help businesses that were struggling at that time, so there is no way politicians or landlords should have been in receipt of that money.

“They have a moral and legal duty to pay that money back.”

In Northern Ireland, people already in receipt of small business rates relief automatically received grants under the Covid-19 relief scheme. Payments were made where bank details were held by the North’s Land and Property Services for ratings purposes.

The automatic payments would have been paid out between late March and May.

In all, 452 payments worth £4.5 million, out of a total of 24,700, were made incorrectly. More than 70 have been paid back. “Work is under way to recover all ineligible payments,” said a department spokesman.