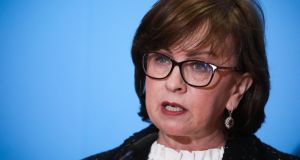 The DUP is investigating whether a landlord it rents a constituency office from may have received Covid relief cash meant for struggling businesses.

It comes as Sinn Féin continue to face questions after it emerged earlier this week that £10,000 grants were paid into three party accounts.

MP and MLA constituency offices are ineligible for the Small Business Support Grant Scheme announced by Minister for the Economy Diane Dodds (DUP) earlier this year.

DUP MLA Gary Middleton has demanded answers from Sinn Féin, and in turn said he wants to be open and honest about his party.

“When I demand honesty of others, I think it is important that we be honest ourselves, and it’s my understanding there may be a case of one elected representative who received no payment, but their landlord received the payment, the £10,000 grant,” he told the BBC.

“Where that has happened, absolutely the money should be paid back where the person was not eligible.”

“Sinn Féin offices did not qualify and did not apply for the scheme and the monies have been returned to the LPS (Land & Property Services).”

The payments were reported on BBC Radio Ulster’s Stephen Nolan Show on Wednesday.

The report said that West Tyrone MLA Maoliosa McHugh’s office was one of the three Sinn Féin accounts, which received the payment.

Mr McHugh told the programme that he had contacted party officials to make arrangements to pay the money back “quite a while ago”, adding that he received confirmation earlier this week that it had been repaid.

The Assembly’s Commissioner for Standards has been asked to investigate.

Under the scheme a £10,000 payment was automatically sent to any firm in receipt of Small Business Rate Relief.

The department said 24,700 grants were paid out under the scheme. Of those, 2 per cent (452) may not have been eligible.

It has since recouped 70 of those payments and work is under way to recover all ineligible payments.

It also emerged that 52 wind turbine owners were among those who received £10,000. The Department for the Economy has since ruled that sector ineligible for grants.

“The department has paid out more than £338 million to more than 32,000 businesses across the £10,000 Small Business Support Grant, the £25,000 Retail, Hospitality, Tourism and Leisure Grant, and the NI Microbusiness Hardship Fund,” a spokesman said.

“The Small Business Grant Scheme was agreed by the NI Executive. This included eligibility criteria and payment processes.

“The Executive also approved the decision to make an automatic payment to those businesses in receipt of Small Business Rate Relief whose bank details were held by Land & Property Services for rating purposes.

“This was to ensure payments were made to as many businesses as possible, as quickly as possible given the impacts of the Covid-19 pandemic on businesses.

“In this context, there was always the potential that a small number of businesses would receive the support but would not require it. The Executive was aware of this risk.” – PA