Gardaí appeal for witnesses; it is understood teenager’s injuries are not life-threatening 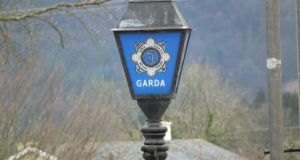 Gardaí in Galway have appealed for witnesses after a 15-year-old boy was stabbed in an altercation in church grounds.

The teenager was injured after being approached by a male who was unknown to him and an altercation ensued.

The 15 year old suffered a single stab wound and was taken to University Hospital Galway. It is understood his injuries are not life-threatening.

The incident happened about 6pm on Monday evening in the grounds of St Brigid’s Church in Ballybane in the east of the city.

Local Fianna Fáil councillor Alan Cheevers said there was shock in the community over the incident.

“I believe the injuries are not life-threatening but that doesn’t take away from the seriousness of the incident. You don’t want to see this sort of thing happen in any community.

“It is not just that it happened on church grounds, it could happen anywhere and there is deep concern,” he said.

Gardaí at Mill Street station have appealed for witnesses and anyone with information is asked to contact them on 091-538000.