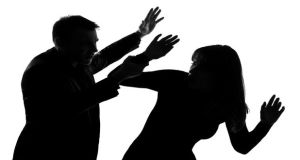 Victims can leave the stand “feeling that the experience was as bad as, or even worse than, the sexual violence itself” the report notes.

Victims of rape can emerge from the witness box “feeling that the experience was as bad as, or even worse than, the sexual violence itself”, a new report examining how vulnerable witnesses are treated by the Irish legal system has found.

And it says that existing procedures rely “too much on memory and performance on a given day, years after the event and on the ability to articulate simple answers swiftly, clearly and unambiguously to complex, sometimes unclear, or even occasionally misleading questions”.

The report, by the Vulnerable Witnesses MultiAgency Group including representatives from the legal profession, academia, the Garda, the Court Service and NGOs, also calls for the pre-recorded evidence and cross-examination of vulnerable witnesses including children and victims of sexual violence to be allowed on a much more widespread basis.

It points to “outdated statutory provisions and rules of evidence, as well as accepted custom and practice” which “have not been adapted to any great extent to take account of the specific needs of individual vulnerable witnesses”.

It says “sometimes, the limitations of the traditional largely oral criminal justice system have led to vulnerable witnesses withdrawing from the process, or even finding themselves unable to report the crime at all”.

In many countries, it is normal to have victims of sexual crime give evidence by pre-recorded statement, by video link, or both, from outside court and in some, the practice is to pre-record the witness’s testimony and play the video in court, instead of obliging the victim to give live evidence, the report says.

It warns many victims of sexual violence are at risk of being cross-examined without limit other than relevance, by defence lawyers, adding that “some judges are reluctant to intervene when witnesses are clearly overwhelmed, upset, are feeling bullied, and/or confused by the form or the content of the questions”.

It says “small inconsistencies between statements made years ago, are mined as if they are of significance and not merely the natural outcome of the long delay between report and trial; and the witness’s every character flaw and/or experience of mental illness can be explored in oppressive detail”.

It also finds that vulnerable witnesses “can find themselves being questioned for lengthy periods, sometimes even extending over some days, and they can and do emerge from the witness box feeling that the experience was as bad as, or even worse than, the sexual violence itself”.

“Our criminal justice system is based on the premise that face-to-face live evidence at trial is the best evidence which can be obtained,” said barrister and RCNI legal director Caroline Counihan.

“Modern psychological research does not support this conclusion, particularly since the advent of high-resolution pre-recorded video and video-link solutions.”

She said pre-recording a Garda statement soon after a complaint has been made “maximises the potential of the witness to recall, fully and accurately, what happened, to give his or her best evidence and to help minimise the risk of secondary traumatisation by reducing exposure to the adversarial criminal justice process itself.”

The report’s authors also welcomed commitments made by Minister for Justice Charlie Flanagan to review all aspects of sexual assault cases in the wake of the recent Belfast rape trial.

“With the Belfast trial, we saw how difficult the system can be on the witnesses,” director of the RCNI Cliona Saidlear said. “We know that we can make it better and that vulnerable witnesses can have a less traumatising experience in giving vital evidence.”