Hiqa concerned about Garda vetting, inadequate reviews of homes and carers by Tusla 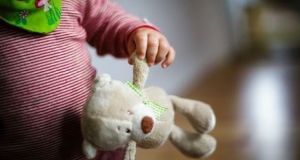 ISPCC noted the inspections had uncovered ‘significant non-compliance’ in areas including safeguarding and the management of child protection concerns. File photograph: Getty Images

Garda vetting is continually falling short of requirements in Irish foster homes, according to the Health Information and Quality Authority (Hiqa) following its latest review of the sector.

A series of announced inspections also raised ongoing concerns regarding inadequate reviews of foster homes and carers by Tusla, the child and family agency which oversees the service.

Inspection reports published on Thursday focused on facilities in the Cavan and Monaghan, Dublin North City and Dublin South Central areas and were carried out between last October and December.

Garda vetting rates are of particular concern to Hiqa as they constitute the most standard form or reassurance that vulnerable children are in safe company.

The Irish Society for the Prevention of Cruelty to Children (ISPCC) noted the inspections had uncovered “significant non-compliance” in areas including safeguarding and the management of child protection concerns.

In relation to the Dublin North City, Hiqa noted that “delays in completing Garda checks, and all other relevant checks, meant that the fostering service could not be assured in relation to the safety of the children placed with these carers.”

The area had 329 foster care households with 162 general foster carers and 167 relative foster carers, who are relatives of the children. The inspection found six out of eight standards applied to its review process were not compliant.

While there was a “robust system” in place to ensure up-to-date Garda vetting, adult members of foster households did not always have it.

The principal social worker told inspectors there had been a difficulty in obtaining Garda vetting before June 2017, delaying emergency placements, but this had been resolved and emergency vetting could now be obtained within 24 hours.

Children were safeguarded where immediate action was required and with good management but inspectors found two allegations against foster carers that did not benefit from the same oversight.

Allegations made against carers can relate to any child safety concern, including abuse or neglect.

Assessments of general foster carers in the area were of good quality, the report said, but were not carried out regularly enough - 94 per cent (304) had not been reviewed in three years.

There were an insufficient number of care places to meet demands despite recruitment campaigns.

Garda vetting standards had improved and all staff had been processed but an effective system to ensure vetting of those over the age of 16 living in foster homes and for updated vetting of carers was absent.

Inspectors also found “drift and delay” in the completion of carer assessments and in some cases children were living with unapproved relatives.

Not all children received a “timely and appropriate” response to complaints or allegations, the report found. There was also an insufficient number and range of foster carers in place to meet the demand.

The Cavan and Monaghan area had 158 children in foster care in the area and 113 foster homes. Of the eight standards, seven were found to be non-compliant.

Inspectors found children were not always appropriately safeguarded when an allegation was made against carers. They also requested an audit to determine the number of people over the age of 16 living in the households who had no record of Garda vetting.

The majority of carer assessments in the area were of good quality. However, of 113 carers, 42 per cent (52) had not had a review in the last three years.

Tusla chief operations officer Jim Gibson said the latest round of reports showed “evidence of positive practice and improvements” but “also identify areas for improvement which we are targeting”.

The agency is one year into its five year Child Protection and Welfare Strategy setting out a national approach to care.

However, pointing out the announced nature of the inspections, ISPCC chief executive Grainia Long said: “It is deeply concerning that the same standards are being missed time and time again by services operated by the same agency. It is essential that these patterns are reversed.”