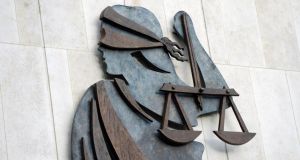 A woman has denied stealing almost €12,000 from an 85-year-old widow she got to know when she visited her isolated home as part of her work as a public health nurse.

She faces 59 charges of dishonestly appropriating sums of money belonging to Ms Twomey without her consent via debit card transactions. The sums she allegedly took range from €11 to €396 and total €11,379. The alleged offences were committed at a number of ATMs and in shops in Fermoy, Kilworth, Mitchelstown, Cork city and Swords in Dublin between August 2015 and July 2016.

Ms Kenneally also faces three charges which relate to her alllegedly phoning Bank of Ireland and instructing that money be transferred between deposit and current accounts belonging to Ms Twomey.

Don McCarthy BL, prosecuting, said the jury would hear evidence that Ms Twomey was a person who was not capable of making a decision about using the debit card or making money transfers between her accounts and that she could not have given her consent for these as she was suffering from dementia.

Ms Twomey’s sister, Betty Darcy said her sister was an independent woman who lived alone in a remote farmhouse following the death of her husband. She could be difficult and obstinate when it came to accepting help or taking advice from family or health professionals, Ms Darcy said.

She said her sister had become “mentally fragile” in recent years and while a variety of public health nurses called to see her and tried to help, she remained suspicious of all them except for Ms Kenneally, whom she called by her maiden name, Clancy.

“She did not trust anyone in this world including myself,” Ms Darcy said. “My sister trusted her absolutely. She was an excellent nurse.”

Ms Darcy, a former bank official, said she was the one who discovered what allegedly happened after her sister suffered a fall. Ms Twomey ended up in hospital and then moved to a nursing home, where she is very happy.

Tom Power BL, defending, suggested to Ms Darcy that her sister had a good relationship with the accused. “She had got her confidence. I knew nothing. Nurse Clancy knew everything,” Ms Darcy said.