Limerick woman who died in Italy named as Breffni O’Connor 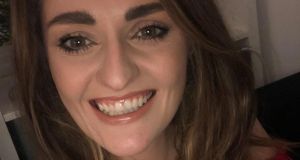 Breffni O’Connor (30), is believed to have slipped into the water at the port of Ancona on the Adriatic Sea after returning to a yacht from a local disco in the early hours of Saturday morning. File photograph: Facebook

The Irish woman who died in Italy while working as a crewhand on a yacht has been identified as Breffni O’Connor, from the Adare-Kildimo area in Co Limerick.

Ms O’Connor (30), is believed to have slipped into the water at the port of Ancona on the Adriatic Sea after returning to the vessel from a local disco in the early hours of Saturday morning.

The Department of Foreign Affairs said it was assisting the Limerick woman’s family who have been informed about her death.

The precise circumstances of the woman’s death are still being investigated but it is being treated by local police as an accident with no suspicious circumstances.

Investigators were reported by local media to be looking at video surveillance in the port area to piece together her last movements.

Personal effects from Ms O’Connor’s bag, which was found on the dock by fellow crew members who returned from the disco after the Limerick woman, are also being inspected.

Ms O’Connor had been working as a crew member on a luxury yacht called Iman, flying under the flag of the Cayman Islands, which had travelled from Venice to Ancona for repairs.

The Limerick woman attended Laurel Hill Secondary School from 2002 to 2008 and later Limerick Tutorial College, before studying zoology and animal biology at the University of Glasgow.

She was active in student life, becoming vice-president and later president of the university’s student representative council, representing 26,000 students and leading a group of 45 volunteer students.

After leaving university, she travelled extensively and worked in bars, mostly in the south of France, from late 2015 until February 2018, and was planning a career in the hospitality and tourism industry.

At the time of her death she was living in Palma de Mallorca with her boyfriend, who is believed to be working on another yacht currently in Spain.

Fr John Donworth, the parish priest of Kildimo where Ms O’Connor attended primary school, said that prayers had been said for the Limerick woman at morning mass on Sunday.

Emmett O’Brien, a local county councillor representing the Adare and Kildimo area, said the community was “in a state of shock” at the “untimely passing of Breffni”.