HSE puts spending cap on overtime and use of agency staff 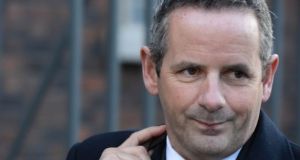 Paul Reid says message from Government on spending and provision of services ‘could not be clearer’. Photograph: Cyril Byrne

The HSE has put in place a cap on all spending on employee overtime and on the use of agency staff in a new attempt to control expenditure.

HSE director general Paul Reid told senior managers in a memo on Monday that spending on agency staff and overtime was to be limited to 95 per cent of the levels recorded in October last year.

Restrictions on staff recruitment in the HSE which were introduced initially last February are expected to remain in force.

The move comes as the HSE told the Dáil Public Accounts Committee on Thursday it had recorded a total deficit of over €103million in the first three months of the year.

“The message from Government to me could not be clearer. We are required to deliver effective and safe services within and not beyond the funding allocated to us for 2019.”

Mr Reid said no health service manager had the authority to overspend on their allocated budget.

“I will hold management to account where this happens. I am acutely aware that ,in any financial year, you are not in a position to meet all of the ever-increasing demands and/or needs that arise in many different ways.I will support appropriate decisions which seek to prioritise within the existing budget limit, and are properly communicated.”

Mr Reid is to meet with his senior mangers on July 10th and said he would review any breaches by hospitals or community organisations of the recruitment controls which have been put in place.