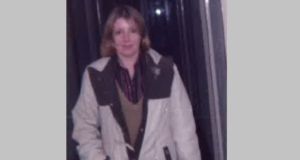 The body of Marie Tierney, of Clinstown, Jenkinstown, was found on December 21st, 1984 by a man coming to aid of a swan in a field. Image: Garda Press Office.

A man in his 70s who had been arrested over the 1984 murder of Marie Tierney in Kilkenny has been released without charge.

Ms Tierney (34) was reported missing by her husband on October 22nd, 1984 having left home in her car.

A search was carried out by investigating gardaí and Ms Tierney’s body was discovered on the Bleach Road, Kilkenny on December 21st, 1984. She had been violently strangled.

The man who was arrested on Wednesday morning before being released on Thursday was the first arrest to date over Ms Tierney’s murder. A file will be prepared for the Director of Public Prosecutions.

At the time she was killed, Ms Tierney lived with her husband Jim and their two children, then aged 12 and 13, at Clintstown, Co Kilkenny where they ran a grocery store and petrol station.

Investigating gardaí located the car at Newpark Fenn, Kilkenny later that day. Statements from a number of witnesses put the car abandoned in Newpark at about 11pm on October 21st.

Searches were conducted by gardaí and members of Ms Tierney’s family and friends but she could not be located. Her body was found in a ditch by a man out walking on December 21st at the Bleach Road. A postmortem was later carried out.

To date, over 500 lines of investigative enquiry have been opened and over 200 witness statements have been recorded by gardaí.

“This is a step further that will continue until final justice for her. She deserved this, it’s taken a very very long time,” Ms Fay said.

She described her sister as “the kindest, gentlest” woman, adding there “is no justice good enough for her”.

Mr Bourke spoke of the devastating impact his sister’s death had on his parents, saying they had “died wishing for justice”.

He added: “I am still pleading for witnesses to come forward. Any help that is out there for us, we would appreciate it big time at the moment.”

Gardaí are appealing to any member of the public who have information and who, for whatever reason, were unable to make themselves available to gardaí at the time, to come forward and contact them on 056-7775000 or on the Garda Confidential Line 1800 666 111.

Gardaí say that time may have given context to something they felt was unimportant at the time but may be of assistance to the investigation.