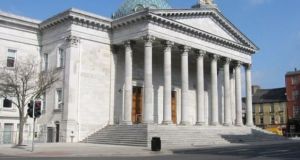 Daniel O’Connell defended cases there, the IRA planned to free Tomás Óg Mac Curtain from the dock there and now after almost 200 years of hosting criminal trials, Cork’s Washington Street Courthouse is about to bid farewell to such cases.

Opened in 1836 to replace a previous courthouse at the Queen’s Old Castle, and then rebuilt in the 1890s following its partial destruction by fire, the Washington Street Courthouse has been, as former Circuit Court Judge Patrick Moran once observed, “Cork’s Palais de Justice”.

The fact that drug smugglers bringing cocaine from South America to Europe often pass just off the southwest coast has resulted in a series of high profile seizures and equally high profile trials, amid tight security, in Cork.

Washington Street has seen some of the country’s biggest drug trials including the Dunlough Bay case when four Britons were jailed for trying to smuggle 1.5 tonnes of cocaine worth €440 million via west Cork into the UK in 2007.

Apart from that seizure involving the catamaran Lucky Day, other high profile drug trials which ended up in the courthouse included the Sea Mist, the Gemeos, Dances with Waves, and the Posidonia where three Britons were caught with €15 million of cannabis.

The courthouse was also the venue in 1998 for the then longest ever criminal trial before a Circuit Court when Swiss woman Maria Bernadette Jehle was convicted of money laundering following a 10-week trial involving 43 witnesses from seven countries.

Following a €26 million refurbishment in 2005, the courthouse hosted sittings of some high profile murder cases including the case of Wayne O’Donoghue who was found guilty of the manslaughter of Midleton schoolboy, Robert Houlihan.

Other murder trials included that of Thomas Kennedy for the murder of Sheola Keaney in Cobh, Catherine O’Connor for the killing of Jonathan Duke in Bandon and David O’Loughlin whose conviction for the murder of Liam Manley was subsequently overturned on appeal.

Over the past 20 years Washington Street has also been deluged with sex abuse cases. This included one in 1998 when west Cork schoolteacher Leo Hickey pleaded guilty to sexually assaulting 21 girls at Dunderrow National School, including Louise O’Keeffe, who later took her fight for justice to Europe.

But from Monday, criminal trials at both Circuit Court and District Court levels, as well as central court sittings in Cork will be held at the newly refurbished and expanded Anglesea Street Courthouse following a €34 million redevelopment under a public private partnership with developers, BAM.

According to the Irish Courts Service, the refurbishment of the Anglesea Street Courthouse, formerly the Model School built in 1865, has involved an expansion of the existing landmark building to include six courtrooms and improved custody cells.

The new courthouse will provide video conferencing so prisoners can appear via this link, and children and vulnerable witnesses will also be able to avail of the feature. It will also include digital recording and allow for the electronic display of evidence.

Back at Washington Street, which will continue to hear civil cases, Judge Brian O’Callaghan told the last criminal trial heard by a jury that they were witnessing the end of an era in Cork legal history with the transfer of all criminal business to Anglesea Street.

“It is time to reflect and for people to remember absent friends - legal and not so legal who have passed through these rooms - Daniel O’Connell, the Great Liberator sat on these benches,” said Judge O’Callaghan as barristers and solicitors prepared to bid farewell to their historic home.