‘One hour into a four-year journalism course, I knew I had made a terrible mistake’ 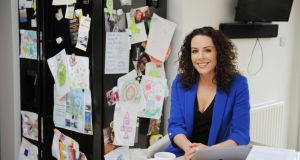 Journalist Sarah McInerney: ‘To my bemusement, I had a natural instinct for news.’ Photograph: Aidan Crawley

“Oh, she wants to be the next Olivia O’Leary?” my mother’s friend asked, dismissively, when she heard of my plans to apply for a journalism degree.

My mother laughed, and shook her head. “She does,” she said.

They were wrong. I didn’t want to be the next Olivia O’Leary. Not because O’Leary isn’t an inspiring, formidable journalist, but because I had no idea who she was.

I was mid-way through my Leaving Cert year when I decided to apply to the undergraduate journalism course at Dublin City University (DCU). I had never read a newspaper in my life (unless you count the Style magazine in the Sunday Times), and had no interest in current affairs. I did, however, love to write stories. Fictional stories.

I acquired the course prospective from DCU. My eyes scanned nonchalantly over modules such as news writing, news reporting and the Irish political system, and settled with joy on one class: feature writing.

That was it, decision made. Feature writing was basically the same as fiction writing, right?

In vain, my mum tried to steer me away from the decision, convinced I was destined for a life of hardship and penury. She sent me to visit a family law practitioner, in an effort to entice me to become a barrister. The stacks of dusty files that filled the office simply solidified my intention to pursue writing.

I remember, vividly, the first class on my first day in DCU, when John Simpson, a visiting lecturer from USA Today, shattered my dreams.

First, he told us we should be reading two newspapers a day. I assumed he was joking.

Then he talked about the importance of simplicity in news reports. No flowery language, he said. Never use the word “however, if but will do”. This advice brought me to the brink of tears.

Finally, he explained about the inverted pyramid structure of a news report: the most important information always comes first. This bruised my soul. It insulted the beauty and craft of every great fiction story I had ever read.

One hour into a four-year journalism course, I knew I had made a terrible mistake.

The course was wide ranging and comprehensive, covering the practical skills of print, radio and television journalism, as well as lectures on politics, ethics and protection of sources. I enjoyed it, and learned a lot, but remained grimly determined that it wasn’t for me.

My plan was to graduate and then study to do something else; probably law. My mother had been right all along.

Fourth year included a semester abroad. I travelled to Boston University, which offered a fiction writing course. Finally, an opportunity to unveil myself to the world as a talented writer.

My first effort, painstakingly composed, was awarded with a large red B, a trend that continued with dispiriting consistency. By the middle of the term, the lecturer was regularly asking me to read aloud the stories written by the A students, because I had “such a beautiful accent”.

As I finished up my last class, he took me aside and suggested kindly that I consider pursuing a career as a playwright. Or even an actor. “You read those stories very well,” he said.

I returned to Dublin, aimless and despondent, for the final module of the DCU course – newsdays. This class emulated an actual newsroom, with one student appointed as editor of the paper, in charge of his or her reporters (all the other students). By the end of the day, we were expected to have produced a page of a newspaper.

I remember, vividly, my day as editor. I had to read the national newspapers in the morning (sometimes more than two, imagine!), think of angles for follow-up stories and assign reporters to follow fresh leads. To my surprise, I didn’t hate it. Even more surprising; I wasn’t terrible at it.

In order to graduate, every journalism student had to complete a six-week placement in a media organisation. I secured a place at The Sunday Tribune.

In spite of my determined disengagement from the journalism course in DCU, I found myself automatically putting into practice the skills and methodologies imparted by my lecturers. I had been taught well, despite my best efforts, and I also discovered, to my bemusement, I had a natural instinct for news.

In my second week at the Tribune, I had a joint byline on the splash on page one. By my third week, I had an astonishing revelation: I loved this job.

Then, the placement came to an end, and I returned to my apartment in the situation feared most by my mother four years previously. I was unemployed.

I called Eircom to get a landline installed, confidently assuring my parents I’d work as a freelance reporter. I felt anything but confident. I looked up the location of the nearest dole office.

Then, the Sunday Tribune called and asked me to fill in for a staff reporter for three weeks. At the end of the three-week period, nobody mentioned the fact that I wouldn’t be coming back. So, I just showed up at the office again the following week, and the week after that.

In my sixth week of imposing my services upon the paper, the editor called me into his office. I squirmed in embarrassment, sure he was going to ask me to stop coming in unrequested. Instead, he offered me a full-time job; writing a social column called “Sarah and the City”, and working as a news reporter too.

Fifteen years later, I’ve worked in the Sunday Tribune, Sunday Times, Newstalk, TV3 and RTÉ, and I’ve loved it all.

In April, I was surprised and delighted to receive a DCU Alumni Award, and added to the Alumni Wall. It was a world away from where I expected I’d be on my first day in first year, my head in my hands.

I’m not the next Olivia O’Leary, and will never be. Recently, however, while presenting RTÉ’s Drivetime, I had the pleasure of introducing her audio column. It’s close enough for me.

Sarah McInerney (@SarahAMcInerney) completed the BA in Journalism degree at DCU. Since her time there it has become a three-year course.