Explainer: What does the latest broadband proposal from Eir mean?

Latest costings unlikely to clarify things, so here are some key questions answered 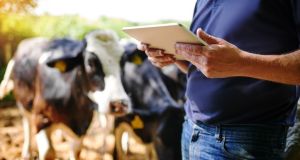 The new figure underlines Eir’s central argument about the NBP: that it is an expensive, cumbersome way to achieve the delivery of rural broadband. Photograph: iStock

Telecommunications is among the most complex industries in the world; highly regulated, massively expensive, and central to the success of business, education and government, it is one of the foundations that modern economies are built on.

It also reaches - or doesn’t, as the case may be - into every home, and every wallet, in the country. This makes it a political livewire. Eir’s latest missive is unlikely to clarify things, so here are some key questions answered.

Why is Eir now talking about €500 million when it claimed it was able to deliver rural broadband for €1 billion last week?

The €1 billion figure that Eir unleashed last week is the company’s estimate for delivering the objectives of the National Broadband Plan right now, if it were allowed to. After they published this suggestion, the Taoiseach questioned in the Dail why its indicative bid, made before it dropped out of the process, was €2.751 billion.

Eir has now shared an analysis with the Department which claims that the strict conditions imposed by the state on the NBP drove the figure higher. Their analysis, which was conducted at the time it was putting in its bid, says the subsidy could have been as low as €512 million, and would have fallen in a range between that figure and just over €1.5 billion.

However, given how the Government wanted to proceed, the company says it had no choice but to submit the higher bid.

So if Eir’s claiming it could have delivered rural broadband for €512 million back then, why is it saying it would cost €1 billion now?

Effectively, it is saying that absolute best case scenario, the Government subsidy could have been as low as €512 million, but its current estimate is around the €1 billion mark, a figure that the company is confident in as things stand.

What does all this mean?

The new figure underlines Eir’s central argument about the NBP: that it is an expensive, cumbersome way to achieve the delivery of rural broadband.

Of course, these are just paper exercises. Eir is not burdened by having to deliver on these figures, at least so long as the NBP remains in place.

What does the Government say?

Throughout this, the Government’s point has been that the very things which Eir claims are unnecessarily adding costs are the things that will ensure a good outcome for the state.

Namely, a transparent process that leaves a better functioning market and ensures that if the NBP winner enjoys unexpectedly profitable outcomes, the State will be able to claw some money back. It also counters that Eir’s bid is effectively unrealistic, that it contains no budget for contingencies and assumes a very low level of repairs.

What’s more, the Department is concerned about the State aid and competition law implications in the Eir plan, particularly the fact that it would waive the €900 million it plans to charge the Granahan McCourt consortium for access to its network of telecoms poles.

Whose approach would be cheaper?

This, of course, is the all important question. Neither would be cheap, and they would cost in different ways. For example, the subsidy level dictated by NBP is a higher cost to the taxpayer, but the way Eir is suggesting it would charge for connections could be significantly more in the long run than under NBP.

For example, the cost of connecting under NBP is a once off €100. Under Eir’s plan, this is €170, but that gets charged every time a consumer changes broadband provider. This is charged to the broadband provider, but they almost certainly pass it on to the consumer. As people change more over the longer term, this begins to add up.

There’s also the issue of difficult connections like a boherereen the middle of nowhere. The Government says some 81,000 could be hit with big connection fees, Eir says that figure is much lower, around 9,000.

So whose approach is cheaper? Short answer: depends who you ask.

Is the Nationl Broadband Plan in danger?

It would be more accurate to ask when has the NBP not been in danger. The Government is almost certain to shoot Eir’s proposal down, but the NBP has proven to be a magnet for controversy, so this is unlikely to be its last challenge.