What is the new South American beef deal that will affect Ireland?

Mercosur deal has been accused for ‘selling out’ Irish farmers 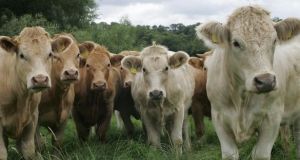 This trade agreement will have a huge impact on prices, at a time when beef farmers here are already to the pin of their collars. Photograph: Brenda Fitzsimons

What is the Mercosur deal?

It is a trade agreement that will see, among other things, 99,000 tonnes of South American beef allowed into the European market every year.

Taking 20 years to hammer out between the EU and the Mercosur countries of Brazil, Argentina, Uruguay and Paraguay, it was instantly hailed as “a landmark in global policymaking and a coup for their exporting companies”.

However, the deal has garnered accusations of selling-out from the Irish beef sector following the announcement last Friday and the Government is not so fulsome in its verdict either.

However the deal, which needs member state endorsement and European Parliament backing will be tricky to get over the line due to the current focus on climate issues.

But this is big. It creates a market of close to 800 million people for goods and services comprising almost a quarter of the world’s gross domestic product.

In terms of tariff reduction, it’s the largest deal the EU has struck: duties on EU exports to Mercosur are expected to be cut by €4 billion a year. And its scope goes far beyond lifting tariffs. It includes access to public procurement contracts, protection for regional food specialities and greater freedom to provide services.

This trade agreement will have a huge impact on prices, at a time when beef farmers here are already to the pin of their collars. Copa Cogeca, which represent EU farmers, said “agriculture has been the trade-off chapter to facilitate gains in other sectors”.

But in agribusiness terms alone the deal is about more than beef. The South American bloc gets access to EU markets in eight years with its beef, poultry, sugar and ethanol. Brazilians expect tariffs on orange juice, instant coffee and fruits to be zeroed. The agreement will ultimately remove duties on 91 per cent of goods that EU companies export to Mercosur.

Beef issues aside, it will provide tangible opportunities for Irish companies. The Irish Farmers’ Association was unequivocal in its condemnation of “a backroom deal with big business and kowtows to the likes of Mercedes and BMW in their drive to get cars into South America”.

The deal goes beyond a cosy pact to help a beleaguered car industry. Considered big wins for Europe are the slashing of duties on cars and car parts; chemicals, machinery and textiles, and improved market access for EU wine and cheese.

How vulnerable are Irish farmers?

Unquestionably, Ireland’s beef farmers will be put under the cosh by this deal. Factor in Brexit; climate impacts from farming, and a shift to plant-based diets – and it reinforces the need for farmers and Irish agrifood businesses to redirect their approach in a fundamental way.

Current reliance on beef could not be clearer. Ireland is the fifth largest beef exporter in the world and the largest in Europe. Ninety per cent of Irish beef is exported – a €3 billion business in annual revenues.

The prospect of an Argentinian steak selling in a French supermarket at 50 per cent less than the Irish equivalent is real. Complying with demanding traceability, food safety, animal welfare, and environmental standards greatly adds to production costs in the EU. It remains to be seen if Mercosur will be subject to such requirements backed by rigorous enforcement. What’s more, the carbon footprint of South American beef is high and will be added to by flying large quantities of beef to Europe.

Is the EU turning a blind eye?

Beef production has become a major driver of tropical deforestation; responsible for as much as 65 per cent of rainforest destruction this century as trees are cleared for pastureland.

The IFA says the deal is “turning a blind eye” to double standards and environmental degradation in Brazil. In May, destruction rates hit a new record with an area the size of two football pitches disappearing every hour, according to estimates. And it is clear the finger of most blame points at Brazil’s president Jair Bolsonaro – a climate science denier noted for Donald Trumpesque pronouncements. Countries are committing to net-zero carbon targets, but climate NGOs warn these will prove meaningless if the planet’s greatest carbon sink is destroyed.

The EU insists there are clear guarantees the Bolsonaro regime meets its commitments under the Paris Agreement and on food safety, while safeguarding the rights of indigenous people. Past sins in the form of fraud in the Brazilian beef sector provides little comfort to EU farmers.

Agriculture commissioner Phil Hogan has defended the safeguards: “If President Bolsonaro of Brazil wishes to follow Mr Trump in pulling out of the climate agreement then this agreement falls. We have identified the problems of deforestation in Brazil and we have set out an agenda in this agreement to put them right.”

What are the political realities behind the deal?

The European Commission says the Mercosur deal is proof the international trading system will endure, despite strains arising from Trump’s protectionism and Chinese state-backed capitalism. It’s also a timely reminder to Britons operating under the notion that instant trade deals can be plucked out of the sky post-Brexit.

The farming sector is still a vital cog in Ireland’s economic wheel, with the agrifood sector employing 7.9 per cent of the working population. Irish farmers now face the prospect of a double whammy of a hard-deal Brexit and cheap Mercosur imports. Ireland exports around 270,000 tonnes of beef to the UK every year. The nightmare scenario for Irish farmers is having to compete with cheap South American imports in that post-Brexit scenario.

In the meantime, the agreement still needs to be ratified by the national parliaments of all member countries of both blocs, as well as by the European Parliament and EU Council.