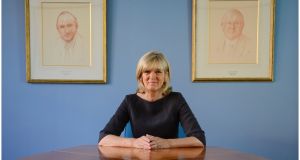 An investigation by European Ombudsman Emily O’Reilly has found no maladministration in relation to a complaint about the human papilloma virus (HPV) vaccine made to the European Medicines Agency (EMA).

Ms O’Reilly examined the complaint, submitted in May last year by three researchers, a doctor, and a Danish Member of the European Parliament.

The case related to how the EMA carried out what is known as a referral procedure, dealing with questions relating to medicines already on the market in the EU.

The specific referral procedure related to HPV vaccines, which prevent infections with the most common types of HPV, a virus that can cause cervical cancer.

The investigation was conducted by the Pharmacovigilance Risk Assessment Committee (PRAC), which is the EMA’s body with responsibility for monitoring the safety of medicines on the market.

Its aim was to examine whether there was any evidence of a causal link between HPV vaccination and two syndromes, one a chronic pain condition and the other affecting the heartbeat.

The PRAC concluded the evidence did not support a finding that HPV vaccines cause either condition. This finding was later confirmed by the EMA’s committee for medicinal products for human use and is shared by other public health bodies around the world.

However, the complainants expressed concerns about the handling of the referral procedure, its transparency and openness, and its impartiality.

The complainants were Prof Peter C Gøtzsche of the the Nordic Cochrane Centre, researcher Tom Jefferson of the Centre for Evidence Based Medicine, Oxford, Danish Green MEP Margrete Auken, and Dr Louise Brinth of the Danish Syncope Unit, Frederiksberg.

She said her office was not a scientific body and did not take views on the merits of scientific evaluations carried out by specialised scientific agencies, such as EMA’s assessment of the safety of a medicine.

It could, however, seek to assess whether scientific bodies such as EMA have the necessary procedural safeguards in place to ensure the examination of scientific evidence is complete and independent, and whether these safeguards had been properly applied in any given procedure.

Following her inquiry into the procedural aspects complained about, Ms O’Reilly said she did not identify any issues that could have negatively affected the work and conclusions of PRAC.

“The examination of the scientific evidence was complete and it was independent,” she said.

Ms O’Reilly did, however, suggest the EMA “proactively makes public as much information as possible on the scientific work of its committees”.

In response to a suggestion made by the Ombudsman during her inquiry, the EMA agreed to review the confidentiality requirements on experts so they could discuss in public details of the scientific debate once the debate had been completed.

She also suggested EMA provide more information on the documents in its possession, so it was easier for citizens to request access to such documents.

Ms O’Reilly also concluded the EMA’s conflict of interest policy was “fully complied with” during the referral procedure on HPV vaccines.

“The procedure in question was therefore deemed to have been conducted in full independence by the relevant scientific experts,” her office said.

“The ombudsman concludes that there was no maladministration by EMA in the handling of the referral procedure on HPV vaccines.”