Families mourn three victims who died on Monday in Tipperary, Louth and Waterford

Speaking in Sydney, President Michael D. Higgins has offered his condolences to the families of the three people who were killed by Storm Ophelia. Video: Simon Carswell/Bryan O'Brien 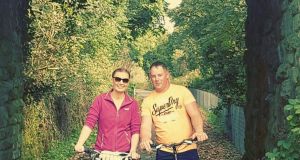 The late Michael Pyke and his partner Nollaig Hennessy. 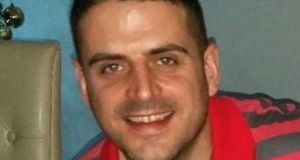 Father-of-two Fintan Goss (33) who was killed by a falling tree as he drove home in Co Louth . 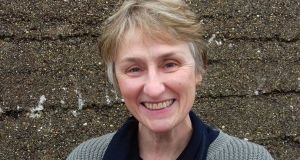 Claire O’Neill, should have been celebrating her 59th birthday on Tuesday.

Were it not for the imminent arrival of Storm Ophelia on Monday, Michael Pyke (31) would have left for work at his usual time of 4.30am, from Ardfinnan in Co Tipperary to Dublin to continue the final year of his apprenticeship as an electrician.

Instead, his partner Nollaig, father Tony and 10 brothers and sisters have been left “devastated” after Michael stayed at home and died while cutting timber as the storm neared its peak.

He and Nollaig were “a match made in heaven,” according to his family, and spent weekends away on walks, visits to the beach and trips to the forest .

Even after work was cancelled, Michael tried to find a productive way to spend the day, forming plans to get timber with his father Tony and brothers, putting his chainsaw in the boot of the car.

Later in the day, Tony recalled, he was getting ready to leave his house . “The next thing the guard and the priest were walking in. ‘We have bad news for you’. I said ‘what is it?’ They said, ‘will you sit down... Your son Michael’. I said ‘what?’ ‘He’s dead.’ I saw something on the news. That was Michael.”

He had driven on the “back road” to Cahir, to get some fuel for his car and, on the way back at about 12.30pm, came across some fallen tree boughs on the road, which had not been there previously. “He started cutting them, but another one came down on top of him... I’d say it caught him completely unawares, with the noise of the wind and the whole lot.”

“He was a fine, strapping, young fella,” his father said .

“A gentle giant,” his sister Lisa said. “He was a brilliant worker. He never didn’t work.” He was a qualified blocklayer and worked in construction until the 2008 crash, and in recent years turned his attention to electrical work and travelled daily to Dublin for his apprenticeship.

The family lost their mother, and Tony’s wife, Moira, 11 years ago . “Michael was the baby boy, he was always the apple of Mam’s eye,” Lisa added.

His partner Nollaig Hennessy, from Cappoquin, has been left “devastated,” by what’s happened. As are the whole family. “We just can’t believe it.”

Tributes continued on Tuesday to another man who died during the storm . Father-of-two Fintan Goss (33) who was killed by a falling tree as he drove home in Co Louth.

Mr Goss and his wife Pamela had recently welcomed their son Henry to their family; they also have a young daughter Laragh.

The family live in Ballymakellett, Ravensdale and Mr Goss was a short drive from home when it appears a tree fell and struck the back of his car.

“It was a freak thing, he wouldn’t have seen it at all,” said one garda.

The Goss family are well known in local political and sporting circles.

His brother Colin was a local election candidate for the party in Louth in 2014 and also a well known GAA player.

Paul Breen, chairman of St Patrick’s GFC in Lordship, said, “It is impossible at this time to make sense of it all.” He said Mr Goss, “was a staunch St Pat’s man.”

“Fintan first and foremost was a great family man, a great community man .” It is understood Mr Goss worked in finance and had left work early because of the storm.

The third victim, Claire O’Neill, should have been celebrating her 59th birthday on Tuesday. The mother of one, a nurse from near Aglish, Co Waterford died when the branch of a tree fell on her car and crashed through the windscreen at about 2km from her home in Aglish.

Ms O’Neill was originally from Co Cork and she had worked as an oncology nurse for more than 30 years. She recently worked with Cork ARC cancer support service , based in Youghal.

Ms O’Neill’s mother, who is in her 70s, was a passenger in the car. One local described her has a “jolly” and “very helpful” woman.