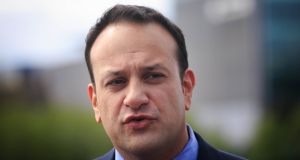 Increased prosperity on both sides of the Border and the “almost total peace” are in jeopardy if the wrong decisions are made over Brexit, according to Taoiseach Leo Varadkar.

The Taoiseach said there was a real understanding in Brussels and Berlin that Northern Ireland was a unique and special place and that the peace is still fragile and still young.

“We’ve had enormous progress in the last couple of decades: increased prosperity on both sides of the Border and almost total peace. Potentially those things are in jeopardy if the wrong decisions are made,” he added.

The Taoiseach made his comments in a BBC Northern Ireland Spotlight profile broadcast on Tuesday.

Mr Varadkar said the EU was prepared to show “enormous flexibility” towards Northern Ireland over Brexit.

“Whereas a hard line may be taken in negotiations with Britain and with London, there is a real willingness across Europe to be flexible and creative when it comes to Northern Ireland, to create a unique solution for Northern Ireland if that’s required,” he told reporter Jim Fitzpatrick.

In relation to a united Ireland, Mr Varadkar said he “wouldn’t like us to get to the point whereby we are changing the constitutional position here in Northern Ireland on a 50 per cent plus one basis”.

“One of the best things about the Good Friday Agreement is that it did get very strong cross-Border support, that’s why there was a 70 per cent vote for it. I don’t think that there would be a 70 per cent vote for a united Ireland in the morning, for example, or anything remotely to that. And I really think we should focus on making the agreement that we have work.”

On the proposed referendum to repeal the Eighth Amendment, Mr Varadkar said, “I do think that there is a strong majority now in the country for change to liberalise our existing abortion laws.”