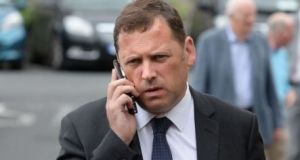 The Government formation talks have been damaged by sharp criticisms from Fianna Fail of contingency plans to hold a general election in the midst of the coronavirus crisis, according to Fine Gael.

Taoiseach and Fine Gael leader Leo Varadkar is set to contact Fianna Fáil leader Micheál Martin directly as the row between the two parties over the plans intensified on Sunday.

The Irish Times reported on Saturday that a plan on how to hold a general election in the midst of the coronavirus crisis - including spreading voting over a number of days, giving “cocooners” a postal vote, and allowing polling in nursing homes - is being drawn up in government.

The plans are being drafted by officials on the orders of Minister for Housing Eoghan Murphy on a contingency basis should the current government talks fail.

The contingency plans also apply to potential referendums and by-elections, the Government says.

The disclosure led to serious disquiet in Fianna Fáil, with Barry Cowen - one of his party’s government negotiators - accusing Fine Gael of acting in “bad faith” and Thomas Byrne, the education spokesman claiming it was “utterly sick” for polling to be arranged in nursing homes.

Fine Gael, Fianna Fáil and the Greens are currently in negotiations to form a government.

A statement released by Fine Gael on Sunday said “officials were only doing their jobs by scenario planning for all eventualities”.

“The Constitution and the law are clear on this. Elections, by-elections and referenda must happen within defined timeframes once vacancies arise. There is no specific provision for public health emergencies (eg pandemics) envisaged in the Constitution or the law.

“The fact that this prompted an attack on Fine Gael by two senior Fianna Fáil spokespeople was unwarranted and has damaged the talks process. It is also rather ironic that one of the two had recently claimed falsely that both parties had agreed to hold a referendum within weeks of forming a Government, presumably during a pandemic.

The statement also said: “Following the unwillingness and inability of other parties to form a Government without us, Fine Gael agreed to enter talks with Fianna Fail and the Green Party with a view to forming a Government in the national interest. Talks were going well.”

Fine Gael sources said the statement is laying down a marker after what they claim is weeks of Fianna Fáil criticism.

One Minister said: “[They] can’t keep kicking us and expect us to keep smiling. We are nice people but not stupid people. Constant sniping by Fianna Fáil is unwarranted.”

A Fianna Fáil TD accused Fine Gael of a “set up”, given Mr Coveney’s calming statements earlier, adding: “They are a precious shower. We’ve pulled so many punches over the past two months.”

Tánaiste Simon Coveney earlier said it is “simply not the case” that Fine Gael is “plotting” to hold another general election this year.

Mr Coveney, Fine Gael’s deputy leader, said he also believed he had reassured his counterpart in Fianna Fáil, Dara Calleary, that his party is not seeking another election.

Mr Coveney and Mr Calleary spoke over the weekend to calm matters.

On RTÉ’s ‘The Week in Politics’, Mr Coveney said: “Because civil servants in the Department of Housing who are responsible for elections have been doing their work to look at contingency around how you could hold an election in a pandemic, that some have interpreted that as Fine Gael plotting for another election.

“I mean that simply is not the case.” When asked if he provided assurances to Mr Calleary, Mr Coveney said: “I think I did. Fine Gael has put many, many hours into negotiations with Fianna Fáil and the Green Party. We are serious about forming a government.

“We hope to be able to do that by the middle of next month and I hope that people will take that in good faith and those that have been in the negotiating rooms with me, as Dara has, and indeed many others and Fianna Fáil and the Greens have, I think will know that themselves.”

Fianna Fáil’s Darragh O’Brien said the “episode is unfortunate” and said there will be an “intensification of the effort” to form a government.

He said a “stable and secure” government is needed to “lead this country through this current crisis and on for the next five years”.

Minister for Agriculture Michael Creed has also suggested that the key aim of the Green Party in government formation talks - reducing carbon emissions by 7 per cent a year - is being pursued for “political expediency”.

Mr Creed also told RTÉ’s Radio’s ‘This Week’ that some of the policies being pursued by the Green Party would be “particularly problematic”.

“Sectoral targets of the type being spoken about if it were to be a reality for agriculture would be particularly problematic.

“I would be concerned about an altar of political expediency requiring 7 per cent for the sake of it. That would be challenging. It is not just my word, even the Climate Change Advisory Council has acknowledged that.”