Did you turn the immersion off? One in four regularly forgets

Irish homeowners could be wasting as much €1,500 a year, according to a new survey 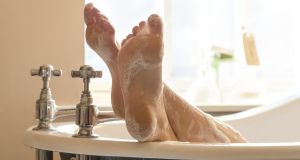 Survey reveals that 25 per cent of people admit they regularly forget to turn the immersion off after a bath or shower. Photograph: Istock

Forgetting to turn off the immersion is probably the single greatest sin anyone in an Irish household can commit, however 25 per cent of people admit they regularly forget to turn it off after a bath or shower, a smart home brand Hive has claimed.

Leaving the immersion on when it should be off – either overnight or while you are at work – can waste as much as €1,500 a year, according to the company which is a sister brand to Bord Gáis Energy.

It carried out a study of 1,010 Irish adults looking at attitudes towards smart home technology and the results point to a nation of careless power users.

Just under a third of those who took part in the survey said they accidentally leave lights on when leaving home while almost half boil the kettle two or three times, after becoming distracted after the first boil.

It suggests Irish people are a tech-savvy nation with 78 per cent of those polled saying they understood the term “smart home”.

The study turns some pre-conceived notions on their heads. Younger people are usually credited with being the most technologically-advanced but the cohort aged 45-55 are more comfortable with the smart home concept than those aged 18-24. (Although that may be because the latter group believe homes are heated and lit by fairies using pixie dust.)

The survey shows that half of those who took part in the study said they got irritated when others in the house continually leave the lights on. By contrast, 10 per cent say it annoyed them when others turn the lights off to save energy. Failure to unplug or switch off electrical devices is also a bugbear for 40 per cent of us.