MyTaxi users complain of confusion and shortages after Hailo changeover

MyTaxi says ‘vast majority’ of transition has been successful 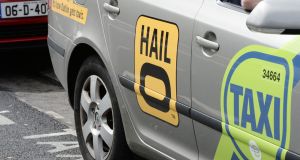 Hailo became MyTaxi in March but for two months after the changeover both apps were running side by side. Photograph: Alan Betson / The Irish Times

Outraged users of the Hailo taxi app have been taking to social media in large numbers to complain about how the taxi booking service’s new owners MyTaxi have handled its move to a new platform.

Hailo became MyTaxi in March but for two months after the changeover both apps were running side by side, with the last of the Hailo customers migrating to the new platform recently.

The changeover has not gone as smoothly as the Daimler-owned MyTaxi would have liked. There have been reports of difficulties for people looking for taxis and for taxi drivers looking for people, while making credit card payments and organising bookings have also proved problematic.

The new company’s Facebook page has been inundated with customers complaining about the service while others have taken to Twitter to highlight perceived failings. One customer complained that a taxi he had ordered was taken by someone else while his credit card was billed for the journey.

Others have spoken about shortages of cabs on the new system.

“I don’t know what is going on but it is not good,” one taxi driver told The Irish Times. “I have spoken to passengers who have highlighted problems both when registering with the service and using it.”

“I am getting bookings which just disappear from the system. If I don’t have passenger details I can’t make pick-ups and customers have no way of knowing that. This service depends on good feedback and that is not what I am getting.”

The general manager of MyTaxi in Ireland Tim Arnold said he welcomed all feedback. “We recognise there have been issues for some passengers and drivers but for the vast majority the transition has been hugely successful,” he said.

“We know significant changes have been made but the reality is you cannot withhold a launch until everything is perfect, you can never do that. You have to launch a product and make changes and improvements as you go. That is what we are doing.”

“There are more cars on MyTaxi then on Hailo and we are adding more all the time,” he said. “But the reality is demand from consumers is growing at a faster rate than supply.”

Mr Arnold accepted recent months had been “particularly challenging for drivers” and he ascribed navigation problems to the new service using a different mapping service but said modifications were being rolled out “to give drivers more control.”

Hailo launched in 2009 and became available in Ireland in 2012, and 20 per cent of the population have now registered with the app. It carried more than 28 million passengers on nearly 19 million journeys and had more than 10,000 registered drivers before the takeover.