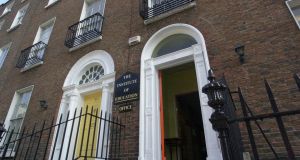 In response to the complaints the Institute of Education on Dublin’s Leeson Street told the advertising standards body the slogan was “intended to be regarded as an example of puffery rather than as a statement of fact”. File photograph: Bryan O’Brien

Complaints over an advertisement from the Institute of Education claiming to provider “better teachers” and “better results” have been upheld by the Advertising Standards Authority for Ireland (ASAI).

The Institute, located on Leeson Street, Dublin, is a fee-paying school that also offers private grinds to students.

Some 22 complaints were made to the advertising standards watchdog over the advert, which ran on the side of buses.

The complaints claimed the advert was misleading and degrading to other teachers and education staff.

Several complaints said that because the claim by the Institute to have “better teachers” and “better results” had not been substantiated it was therefore misleading.

In response to the complaints the Institute told the advertising standards body the adverts did not draw a comparison between its staff and teachers in other schools. It said it did not believe an implication could be taken from the advert that its teachers were the best.

The slogan was “intended to be regarded as an example of puffery rather than as a statement of fact,” the school told the authority.

The school said the claim to have better teachers and results was “clearly a subjective opinion and so could never be considered as a statement of fact”.

However, the advertising authority upheld the complaints and ruled people would view the adverts as comparing the Institute’s teachers to other secondary school teachers, and in the absence of any evidence for the claims the advert was in breach of the ASAI code.

The authority also upheld complaints that the adverts could be viewed as disparaging to other schools and teachers, and ruled the advert should not reappear in its current form.

The authority upheld a complaint too against Brown Thomas over an advertisement it ran on its website. The website featured a banner advertisement which stated “Free Gift with Purchase,” with a box of text underneath clarifying the customers would receive a free beauty box if they spent €200.

The authority ruled that the advert was misleading as there was a need to purchase €200 worth of products before qualifying for the gift, and directed Brown Thomas must not run the advert again in its current form.

Seven complaints were made over outdoor advertising from e-cigarette firm Fontem Ventures B.V, which produces the vape brand myblu. The adverts featured adult animation style figures under the tagline “we blu, do you?” and “I blu, do you?”.

In response to the complaints the firm said there had been a confusion between vaping products and tobacco, and stated e-cigarette products were not subject to the same advertising restrictions as traditional cigarettes.

The advertising authority rejected complaints that the adverts had targeted children, but did rule it breached the ASAI code in encouraging non-smokers to take up e-cigarettes.

The authority found the phrase “we blu, do you?” could be understood as an invitation to both existing and non-users to try the product. It ruled the advert should not appear again in its current form.