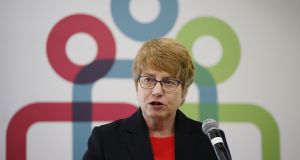 The new Inspector of Prisons was refused entry to a facility by a drunken prison officer, according to a damning new report from the inspector’s office.

Patricia Gilheaney, who was appointed to the post of Inspector of Prisons in May 2018, was visiting a prison shortly after taking up the role when she encountered an officer “who refused the Inspector entry into a prison.”

“He appeared to be intoxicated, i.e. strong smell of alcohol and difficulty in reading the inspector’s photo identification card,” the inspector’s 2018 annual report states.

The prison concerned is not identified in the inspector’s report.

In response to queries, a spokesman for the Irish Prison Service (IPS) said the incident was addressed internally under the prison officer code of disciplines “and the appropriate action taken”.

“The Irish Prison Service will not be commenting further on what was an internal disciplinary matter.”

The report follows a warning from the Director General of the Irish Prison Service (IPS) Caron McCaffrey last July that some staff are coming to work “under the influence of alcohol” and failing to follow procedure.

Ms McCaffrey, who was appointed last December, said she does not believe the organisation had a robust enough approach to misconduct. In a notification to staff she said some were coming on duty while “under the influence of alcohol”.

At the same time she issued new disciplinary guidelines for management staff.

In general, the inspector praised the professionalism and dedication of staff “in challenging and sometimes dangerous situations.”

However, she also identified a host of other serious problems she encountered during tours of the country’s 13 prisons, including the prevalence of criminal gangs and a lack of treatment for mentally ill prisoners.

The inspector noted the presence of numerous gangs operating within prison walls, which she said was a reflection of the “exponential growth in the number of crime-related gangs and factions throughout the country.”

She said that “when members of gangs/factions are confined within prisons it amplifies the problem and brings with it significant challenges for the provision of a safe environment.”

The inspector said she witnessed first-hand the challenges for prison officers in separating rival gang members. “Membership or allegiance to these criminal gangs fluctuate on a continuous basis with some persons breaking links and others becoming affiliated.”

Colour coding is used to signify which prisoners had to be separated from each other for safety. The inspector said this system is high risk “due to the number of factions involved.”

The ready availability of contraband, including drugs and mobile phones, is also a “serious concern”, the report states. Drug dealing and the selling of phones means some prisoners can amass significant wealth while other inmates are left in significant debt.

It can lead to “bullying and intimidation of not only the prisoners concerned, but also their families and friends.”

She also noted the use of drones “compounds the contraband problem and challenges the Irish Prison Service to keep abreast of technological advances.”

The inspector urged the Irish Prison Service not to accept this situation as “the norm” and instead to increase security at points of entry.

In 2018 a number of families of prisoners who died in custody expressed concern to the inspector that drug use was a factor in the deaths.

There were 16 deaths in custody in 2018 and seven deaths of offenders on temporary release.

Regarding mental health care, the Prison Service’s Forensic Mental Health Service does not have sufficient access to appropriate facilities, the report states, while Castlerea – one of the country’s biggest prisons – has no dedicated psychiatrist.

Ms Gilheaney welcomed the construction of a new 120-bed Central Mental Hospital for severely mentally ill offenders, but said it is likely the current challenges will continue.

The issue of the treatment of vulnerable prisoners was highlighted recently when the High Court was told a brain-damaged homeless man was found in Mountjoy Prison with unwashed feet and filthy bed linen, having spent more than a year on remand in the high support unit.

Ms Gilheaney told the Irish Times she is aware of the case but cannot comment for legal reasons.

Elsewhere in the report, the inspector noted that prisoner appointments with psychologists, dentists and teachers were sometimes cancelled or delayed as there are no prison officers available to escort them. This was a particular problem at the end of every quarter due to resource issues.

Some prisoner workshops were also closed because educational officers were reassigned to security and escort duty, the report states.

Overcrowding re-emerged as a problem in the prison system in 2018 after several years of reducing numbers. As of last week three prisons were at maximum or over maximum capacity.

“Overcrowding is a significant issue that must be addressed and all possible efforts and avenues exhausted if Ireland is to respect the inherent dignity of all persons in prisons.”