Garech Browne: The spendthrift Irish aristocrat who burned through millions

Guinness heir synonymous with Luggala, the Wicklow estate where he held lavish parties 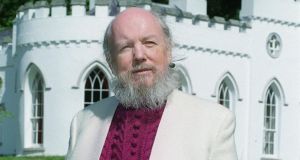 His parties and hospitality were unsurpassed, but a new documentary about Garech Browne paints a portrait of a spendthrift who eventually ran out of money.

Browne, who died last year, at the age of 78, was synonymous with Luggala, the vast estate in Co Wicklow that he inherited from his mother, the brewing heir Oonagh Guinness, in 1970.

Over the years a who’s who of Irish culture and art, not to mention The Rolling Stones, the painter Lucian Freud and the American poet Robert Lowell, were among those who availed of his hospitality.

Browne also inherited a huge amount of money, but he burned through it all and was eventually forced to put Luggala on the market in 2017, the year before he died.

His friend Grey Gowrie, the former Conservative Party minister, reveals in the documentary that Browne was given an allowance of £30,000 a year in the late 1960s – the equivalent of about €460,000 a year now – but it wasn’t enough.

Lord Gowrie says he arranged for Browne to mortgage some of his paintings seven or eight years ago, yielding him more than €5 million. “It all went. His burn rate was colossal. I was talking about a burn rate of £30,000. He had a burn rate of £1 million of year.”

“Eventually we had to sit with him and tell him that the house had to be sold. We told him, ‘You can’t continue to live like this,’” he says in the documentary. “He fought tooth and nail against the sale. He didn’t want it to happen. The first viewing was a gentleman who travelled from Geneva, and Garech locked himself in the bedroom and would not come out.”

The film director John Boorman says Browne expressed a desire to die after being told that he would have to sell Luggala.

The documentary includes an interview with Browne shortly before he died suddenly, in London, on March 10th, 2018. He expressed a desire that the State buy Luggala and allow him to continue living in it. He suggested the State was “almost obligated to buy it”.

Despite much lobbying on his behalf, the State declined to take him up on the offer, and Luggala was put on the market in 2017, with an asking price of €28 million. Browne suggested that he would offer it at a discount to anybody who would allow him to continue living there, but nobody took him up.

The estate eventually sold this year for about €25 million, to a buyer who is believed to be an Italian count.

Gowrie also reveals in the documentary that Browne was an alcoholic and that alcohol had a debilitating effect on his judgment. Boylan says Browne had “a lot of demons and addictions” of which alcohol was one and loneliness another. “He was a very lonely man in the last years of his life,” he says.

The documentary praises Browne’s galvanising impact on Irish music when he founded the Claddagh Records label, in the 1950s, and discovered bands such as The Chieftains. Many credit Browne with rescuing Irish traditional music at a time when people preferred showbands, rock and pop.

Robert O’Byrne, the author of Luggala Days, says Browne did the nation a service with his commitment to traditional music. “Lots of people who were even wealthier than Garech made no effort to help their country or its culture. He didn’t have to do that, but he chose to do that, and we are the beneficiaries.”

Last Days of Luggala is on RTÉ One at 9.35pm on Wednesday, December 18th

This article was amended on December 17th, 2019, to correct a factual inaccuracy

WB Yeats, the Spanish flu and an experiment in quarantine
8