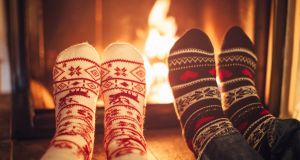 The Government has been subject to sustained criticism over its failure to introduce a nationwide ban on smoky coal. File photograph: Getty

The Government has been subject to sustained criticism over its failure to introduce the ban after legal threats from coal companies based outside the State.

“The Attorney General couldn’t be clearer in his advice. You can’t extend the ban nationwide without banning peat and wet wood in every single parish. We’re not going to do that,” a source told The Irish Times.

The Cabinet is this week set to approve an extension of the ban to a further 13 towns with populations of between 10,000 and 15,000 people. The Government believes that a gradual process such as this is legally secure whereas there is a genuine legal threat to a nationwide ban.

It also fears that if a successful case was taken against a nationwide extension it could threaten the existing ban in large towns and cities.

“If Fianna Fáil and Labour want to go ahead with a nationwide smoky coal ban, ignoring the law and the science, then they either are trying to fool people ahead of an election or they are trying to bring in a turf ban by the back door,” added the source.

“We intend to tackle this in a much more responsible way. We will gradually extent the current ban to the towns most impacted by air pollution.”

In tandem with the gradual extension of the ban, a consultation will be run at local authority level on the potential banning of all smoky fuels, including peat, turf and wood in addition to coal.

Should local authorities proceed with a ban on multiple forms of solid fuel it would prove politically contentious due to the importance of turf cutting for domestic use in the midlands and elsewhere, as well as the fact that many homes rely on solid-fuel heating systems.

Smoky coal burning was banned in Dublin in 1990 despite intensive lobbying by coal merchants and the wider industry. The intervention caused air pollution levels to fall by 70 per cent in the city and it has been estimated that 8,000 fewer people have died from heart- and lung-related diseases since. The success of the scheme led to a similar ban being imposed in 25 large town and cities.

The proposed smoky coal ban, which had been due for introduction during the season, has been challenged by three coal companies based outside the State. They have raised the possibility of a legal challenge based on the fact that there is not a plan to simultaneously ban other solid fuels such as peat and wood.

The Labour motion on environmental matters also calls on the Dáil to recognise that while overall air quality in Ireland is “relatively good compared to other industrialised countries, poor air quality persists in many areas due to traffic and the burning of solid fuels”. It cites research by the Environmental Protection Agency, which states that about 1,500 people per year die prematurely due to poor air quality.

It also calls on the Government to produce clean air and clean water strategies, as well as implement a plan to regulate all quarries and eliminate illegal dumps. Seán Sherlock TD, Labour’s representative on the Oireachtas climate action committee, argued that the smoky coal ban could be introduced despite the threat of legal action.

“It is in line with EU principles and good public health, and no one has legally challenged the already existing ban in our towns and cities. Fine Gael’s failure to proceed with the already announced ban is damaging to public confidence that government is serious about protecting the environment or people’s health.”