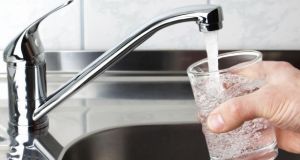 Irish Water said the old treatment plant at Leixlip remains vulnerable and it is working with Fingal County Council to minimise the risk of another boil water notice.

A boil water notice affecting 600,000 people in the greater Dublin area has been lifted with immediate effect.

The notice, reimposed on November 4th less than a fortnight after an earlier boil water notice was lifted, was blamed on heavy rain and “turbidity”, or cloudy water due to suspended particles, in the source water for the Leixlip water treatment plant, which exceeded acceptable levels

Those in the areas affected by the boil water notice were told to only use boiled or bottled water for drinking and in food preparation.

An audit by the Environmental Protection Agency (EPA) of the old Leixlip Plant and the satisfactory results of a number of water samples were factors in the decision to lift the boil water notice on Tuesday evening.

The EPA conducted its audit of the Leixlip plant on Friday last. Irish Water and Fingal County Council were on site to support the audit and the HSE were also present.

“The EPA, who are expected to publish their findings next week, were able to see the ways in which Irish Water and Fingal County Council have optimised the old plant; the additional staffing and monitoring; and daily water testing. Irish Water, the HSE, EPA and Fingal County Council will continue to liaise on the Leixlip Water Treatment Plant, the protection of public health being the number on priority,” a statement from Irish Water said.

“The old plant at Leixlip remains vulnerable and Irish Water working with Fingal County Council will be working to minimise the risk of another boil water notice,” he said.

“We have maximised the processes to build resilience while also diverting water from Ballymore Eustace, the country’s biggest water treatment plant, to decrease pressure on the old plant at Leixlip. Working with Fingal County Council we are increasing the monitoring and staffing at the plant while also increasing the water testing. The ultimate solution is to replace the filters at the old plant and this process is being accelerated as quickly and safely as possible while still maintaining supply to the greater Dublin area.

“If we could, we would shut down the old plant, take it off line and do all the refurbishment at once. This is not possible because 20 per cent of Dublin’s water supply comes from the old plant and we do not have the spare capacity to allow this to happen. We will continue to monitor the plant closely,” he added.

Late last month, an earlier boil water warning notice was put in place after a mechanical issue at the Leixlip treatment plant caused concerns about the quality of supply.

Earlier in the Dáil on Tuesday Minister for Local Government Eoghan Murphy appeared to signal the boil water notice would be lifted.

Solidarity TD Ruth Coppinger said there should be a Dáil debate “if it’s decided not to lift the boil water notice”.

Mr Murphy said a meeting was taking place between Irish Water and the HSE and “I think the results of that meeting will mean that there won’t be a need to have this issue discussed on the order of business tomorrow”.

But he said there should be a proper discussion in the future about water services and particularly about the Leixlip plant because there had been two boil water notices.

Ms Coppinger said “a lot of people are suffering with illnesses and people have to go out and buy water all over Fingal and Kildare”.

She said the issues at the Leixlip plant were a technical problem but there was chronic under-investment in water services.

She asked was it “going to be the new norm every time there is going to be heavy rainfall that we have a boil water notice” because “we have a water system that isn’t servicing people’s needs”.

The Dublin West TD called on Mr Murphy to bring Irish Water before the Oireachtas because it was a national issue and the water authority refused to attend Fingal County Council’s meeting on Monday night.

The Minister said however that Irish Water had spent hours before the Oireachtas last week.

He reiterated there would be no need for an immediate debate but agreed that a future debate should discuss water provision and services.

Meanwhile the Environmental Protection Agency has recommended Irish Water install ultra violet treatment of drinking water at the Leixlip plant in a move which could greatly improve the chances of avoiding boil water notices in the future.

The use of ultra violet light to remove pathogens and bacteria in the water is widely used around the world, particularly to remove dangerous material from wastewater.

Irish Water has told the EPA it will report by November 30th on the likely costs and timescale for the implementation of the measure in Leixlip.

Under its National Disinfection Programme the utility has committed to spending more than €65 million upgrading and standardising disinfection systems in more than 850 public drinking water treatment plants.

The process of disinfecting drinking water typically involves adding chlorine as disinfectant at the water treatment plant and for larger networks at key locations including reservoirs and pumping stations.

Ultraviolet (UV) disinfection systems can also be used in a further phase of disinfection to kill pathogens and bacteria.

Following recent assessments at the Leixlip plant the EPA has told Irish Water the disinfection process would improve with ultra violet treatment.

According to Irish water it has assessed at least 799 water treatment sites and completed upgrade works to at least 211 of them.

1 Bobby Storey: The IRA's planner and enforcer who stayed in the shadows
2 Transgender Cork farmer (65) surprised at positive response to telling her story
3 Covid-19: Travel restrictions unlikely to be lifted before July 20th
4 Q&A: How close are we to having a Covid-19 vaccine?
5 Miriam Lord’s Week: Martin sparks Olympian levels of whingeing in Fianna Fáil
Real news has value SUBSCRIBE