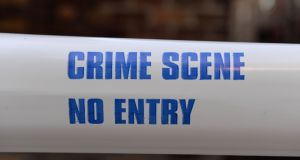 Gardaí are investigating how a new born baby suffered serious injuries during an incident in a house in Co Meath on Monday.

A newborn baby suffered a serious head injury during an incident at a house in Co Meath on Monday.

Gardaí arrested a man in his 20s in connection with the incident during which a woman, also in her 20s, received minor injuries .

The man appeared in Trim District Court on Tuesday afternoon charged in connection with an assault on a woman.

Emergency services were called to the address early on Monday morning after the baby suffered a serious head injury.

Gardaí said the child, who is a number of weeks old, was taken to Temple Street Hospital in Dublin to be treated for serious, non-life threatening, injuries.

Gardaí are trying to establish if there was a disturbance at the property between two people and if the baby was injured at that time.

Garda Headquarters in Dublin’s Phoenix Park confirmed officers had been called to an incident at a house in Ashbourne at 7am on Monday.

The alleged disturbance and the circumstances in which the injuries were sustained by the baby are both being investigated by gardaí.