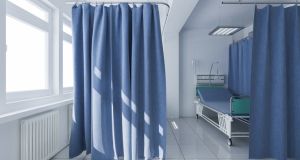 Department of Health research found that eliminating private medicine in public hospitals could free up 2,100 existing beds and reduce waiting lists by up to 25 per cent. Photograph: iStock

Doctors have strongly criticised as “flawed and misleading” suggestions by the Minister for Health that the elimination of private medicine in public hospitals would free up over 2,000 beds and sharply cut waiting lists.

The Irish Hospital Consultants Association (IHCA) said on Tuesday there was no evidence to support such assertions.

“The proposal to exclude half of all patients from public hospital care (those with health insurance) is contrary to the concept of a public health service. “

The Irish Times reported on Monday that Mr Harris would tell the Cabinet this week that research commissioned by his department had showed eliminating private medicine from public hospitals would generate significant benefits.

A memo to Government to be brought by Mr Harris will say that the initial indications from the Department of Health research was that eliminating private medicine in public hospitals could free up 2,100 existing beds and reduce waiting lists by up to 25 per cent.

Ending private practice in public hospitals is a key element of the Slaintecare health reform proposals.

The initiative is strongly opposed by medical organisations. Some consultants earn considerable sums from treating private patients in public hospitals.

The IHCA said that the numbers put forward by the Minister “simply do not add up and the number of hospital beds freed up, by Department of Health proposals to remove existing patients’ rights to public hospital care, if any, would be minuscule because patients needed to attend public hospitals to obtain appropriate care”.

“The claim that the removal of patients’ rights would free up over 2,000 beds is unsubstantiated. In addition, the proposal provides absolutely no clarity, at all, on where and at what increased cost patients excluded from public hospitals would be treated for serious illnesses thereafter.”

The IHCA also maintained that the Department’ of Health proposal would remove the existing right of all the population and patients to access care in public hospitals.

“In addition, excluding almost half the population or one in every two patients with health insurance, from public hospitals denies these patients access to specialist care and treatment which is not available anywhere else in our health system.”

“These include the need for patients to attend designated cancer care centres, neurosurgery centres and a long list of public hospital facilities to obtain specialised care including paediatrics, obstetrics, brain injury, trauma and a range of other services.”

The IHCA said the Department of Health’s proposals “would effectively leave these patients with no public hospital care or the follow-on care required in the months and years after initial treatment.”

1 Covid-19: One more death and 174 further cases confirmed in State
2 German nudist chases wild boar that stole laptop at Berlin lake
3 Midlands lockdown Q&A: Firstly, is it a lockdown or not?
4 Garda checkpoints in Kildare, Laois and Offaly as restrictions come into force
5 Midlands lockdown: ‘Why shut down Offaly and leave Dublin open?’
Real news has value SUBSCRIBE