Upskilling of workers has not been matched with appropriate pay, report indicates 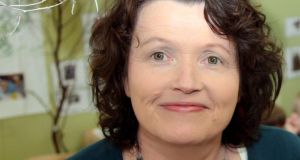 Labour turnover remains a problem in the early years workforce and specific policy goals are needed which “target and address” the issues of pay and conditions, a report has found.

Almost a third of early years childcare workers intend to leave the sector within the next 12 months, it says.

The report, Pathways to Better Prospects: Delivering Proper Terms and Conditions for the Early Years Workforce in Ireland, was produced by the Department of Work and Employment Studies at the University of Limerick. The research received funding from the Irish Human Rights and Equality Commission.

The report says that national policy documents have recognised that pay and working conditions are important factors influencing the recruitment and retention of early years professionals.

“The reality though is that the workforce remains in a policy limbo,” it says.

The report says the unsustainability is evidenced by a 2019 survey which found that 65 per cent of 3,200 early years professionals do not expect to be working in the sector in five years’ time “if things stay the same”.

A more recent survey during the Covid-19 pandemic of more than 1,000 workers found that 32 per cent intend to leave the sector within the next 12 months.

It also notes that between 2011 and 2016 the number of people in the pre-primary education labour force with a higher certificate or honours degree more than doubled with significant increases also in the numbers with advanced certificates, ordinary degrees and postgraduate qualifications.

The experience of the early years workforce in Ireland shows the labour market is not responding to the “rules” of supply and demand so that increasing demand for workers has not led to significant rises in pay given the limitations on the sector, the report concludes.

Teresa Heeney, chief executive of Early Childhood Ireland, said the backdrop of the important work of early years workers is one of “low rates of pay and the absence of a clearly defined career path”.

“Over the past decade, the Government has given significant attention to professionalising the early years workforce. For the most part, they have been concerned with increasing the qualifications profile of early years workers – and this has been successful, in that there has been substantial upskilling of the workforce.

“However, this upskilling has not been met with the increased investment needed to ensure highly qualified professionals receive appropriate pay and secure working conditions,” she said.

Ms Heeney added that the State must “reimagine funding for the sector as an investment in the wealth and development of the country”.

“We have seen how past investment in secondary education, in higher education and research, and in nursing – for example – has led to societal and economic dividends. We cannot expect to solve sustainability issues affecting the early years sector until the workforce is recognised and valued on a par with their peers in other education and care sectors.”