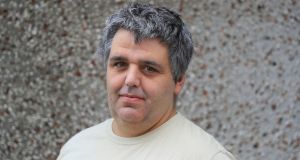 Mark Pender: feels the actions of the abuser were “an open secret” and the organisation “failed” him. Photograph: Nick Bradshaw

A further person has made a report to the Garda over alleged historical childhood sexual abuse they suffered at the hands of a former senior figure in St John Ambulance.

In August, The Irish Times revealed three men had been abused by a senior figure involved in St John Ambulance’s Old Kilmainham division in the 1990s.

The child abuse allegations made against the individual had been deemed founded in June 2020 following an investigation by Tusla, the child and family agency.

In recent weeks a fourth man has come forward and reported allegations of abuse against the same figure to An Garda Síochána.

Mark Pender (38) joined the Tallaght division of the voluntary paramedic organisation when he was 15 in 1995, helping to provide first-aid cover at sporting matches and other events.

Speaking to The Irish Times, he alleged he was repeatedly abused in incidents that took place while on duty with the organisation at Lansdowne Road stadium and elsewhere.

Mr Pender said he met his alleged abuser through St John Ambulance, and the man offered him a part-time job helping with delivery work.

In a statement to gardaí on November 17th, Mr Pender alleged he was abused on multiple occasions while on duty with St John Ambulance.

He alleged the abuse was “relentless” and took place over approximately a three-year period from 1995 to 1998, with Mr Pender leaving the organisation around 2000.

Now living in Co Kildare, Mr Pender claims he reported the alleged abuser at the time to other senior officers in the organisation.

One of the individuals Mr Pender said he reported the matter to, who is still involved in the organisation, did not respond to questions from The Irish Times.

The alleged abuser, now in his 80s, was a senior figure in the Old Kilmainham division, and a member of the organisation from the 1950s until at least 2000, leaving under pressure to resign.

A Garda spokesman confirmed it had opened an investigation into Mr Pender’s alleged sexual abuse.

Mr Pender said he felt the actions of the abuser were “an open secret” and the organisation had “failed” him. “The unit in Tallaght, we were like a family, everybody kind of looked out for each other. My only regret was I didn’t tell my senior officers in Tallaght because I personally think, hand on my heart, they would have dealt with it properly,” he said.

In a statement, St John Ambulance said it had a “rigorous” volunteer recruitment process, and strictly adhered to “robust” child protection policies.

It had “comprehensive” reporting procedures in places, which “instruct that anyone who has received a disclosure of child abuse or who has concerns of abuse should bring it to the attention of the organisation’s child protection officer immediately”.